Rapley began his career with Brentford as an apprentice, signing his first full contract in July 1996. He went on to make 51 league appearances, scoring 12 goals.

Whilst at Brentford, Rapley had loan spells at Southend United (November 1996) and then Notts County, the latter move becoming permanent in February 1999, where he scored four goals in 52 league outings.

Rapley signed for Exeter City on loan in November 2000, but never hit the back of the net during his stay, his first game being against Halifax Town at The Shay.

He was to also have a loan period with Scunthorpe United whom he joined in March 2001, but once again didn’t score in the five league matches played.

Signing for Colchester United in August 2001, he fared much better, scoring 11 goals in 56 league matches.

Moving to Conference side, Chester City in July 2003, Rapley played in their promotion winning side back to the Football League.

He stayed one further season at Chester, but also played on loan at Forest Green Rovers. Moving north for the first time, he signed for Droylsden at the start of the 2005-06 season, helping the club reach the Conference North play-off final.

The following season he played for Leigh R.M.I. (32 appearances, 12 goals) and in 2007-08 was at Barrow. He moved to Vauxhall Motors on loan in January 2008, and a month later Barrow released him to sign for Witton Albion. 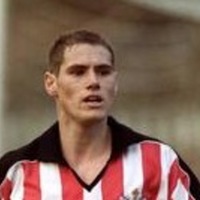 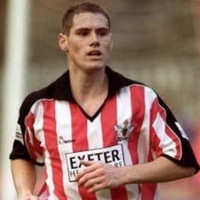