A former Welsh Schools and Under-23 international, Randell joined Coventry City as an apprentice, signing a full contract in May 1970.

He never made a league appearance though and moved to Plymouth Argyle in September 1973.

He played in the Argyle sides that reached the semi-final of the Football League Cup in 1973-74 and won promotion in 1974-75, making a total of 139 league outings, scoring nine goals.

Randell followed his Argyle team mate Bobby Saxton, who was manager at Exeter City in September 1977 for a fee of £10,000. Saxton had tried to sign the player in the summer, but was unsuccessful.

Making his debut against at Peterborough United, Randell went on to feature in 40 league matches, scoring one goal (against Lincoln City) in his first season at St. James’ Park.

He was just as consistent the following season, but with Saxton having become manager of Plymouth Argyle, the midfielder returned to Home Park in July 1979 for a fee of £60,000, where he added another 110 league appearances and eight goals.

Randell again followed Saxton, who had become manager of Blackburn Rovers, signing for the Ewood Park club in August 1982 for £40,000. 73 appearances and seven goals later, he moved to Newport County in March 1984.

His stay at County (15 appearances) only lasted until July 1985 though, for he joined his home town club of Swansea City, his final Football League club featuring in 22 league matches, netting one goal.

Randell was appointed player-manager of Barry Town, and then became player-manager at Briton Ferry Athletic. He later became head of PE with South Wales Police. 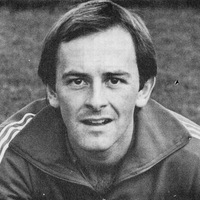 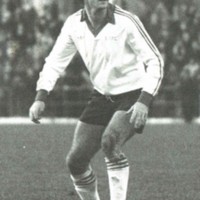