The Grecians knew going into the match that a victory would be good enough to seal a top seven finish and took the lead with a superb strike from Jordan Moore-Taylor. James Coppinger replied for the hosts, but second-half strikes from David Wheeler and Liam McAlinden gave the Grecians the victory and the points they needed.

City manager Paul Tisdale made two changes to the starting line-up as in came Lloyd James and Reuben Reid for Ethan Ampadu and Jordan Tillson.

That saw the Grecians match Doncaster up in a 3-5-2 formation. Rovers, needing the points in their bid to lift the League Two title, started off in a nervous fashion and had to rely on a scything challenge from Matty Blair to stop Jake Taylor from setting up a good counter-attacking move from the Grecians in the opening 10 minutes.

It was Taylor who was again fouled on 15 minutes as City took the lead. The Grecians midfielder was caught late as he attempted to head a ball back into the Doncaster box and from the resulting free-kick, Ryan Harley worked the ball to Moore-Taylor who drilled a left-foot shot home.

It took another 10 minutes for Doncaster to get into their stride, but when Tommy Rowe was afforded time shoot on the edge of the box it was a warning shot that City didn’t heed. A minute later a cross came in from the left and, although Christy Pym got a hand to the effort, the ball dropped kindly for Jamie Coppinger at the far post and the former Grecian volleyed home.

After that it was honours even in terms of chances. First Lloyd James curled and effort wide, before John Marquis tested Pym and then Matty Blair sliced an effort wide.

However, in the closing minutes of the half there was a head in hands moment for Ollie Watkins as he placed a shot a foot wide of the post from 12 yards after David Wheeler and Reuben Reid had done well to set him up with a sight at goal.

Both sides switched to a 4-4-2 formation at the break with Jake Taylor moving to an unfamiliar right back role for the Grecians.

It was the home side who started the second half the better, with Pym quickly off his line to deny Tommy Rowe after the ball had kindly ricocheted to him in the box. Then Pierce Sweeney had to get a crucial interception in to stop James Coppinger having another sight of goal.

However, just past the hour mark City took the lead once more. Joel Grant produced a superb mazy run to beat three players and the Rovers’ goalkeeper, but his shot was stopped on the line. In the melee that followed referee Charles Breakspear pointed to the spot and booked Joe Wright.

Ryan Harley stepped up to take the spot kick, but his effort was saved by Lawlor. Harley’s followed up effort was then also blocked but David Wheeler was in the right place to smash the ball into the roof of the net.

In the half hour that followed City showed some strong defensive resolve to limit the home side’s shot on target to a Rowe effort which was well saved by Pym.

City then made sure of the points in the 86th minute when McAlinden made it 3-1. Watkins stole the ball off Craig Alcock and raced through one-on-one with the keeper. The EFL Young Player of the Year showed great composure and awareness to spot the run of McAlinden and squared the ball to his strike partner who placed a shot inton the empty net. 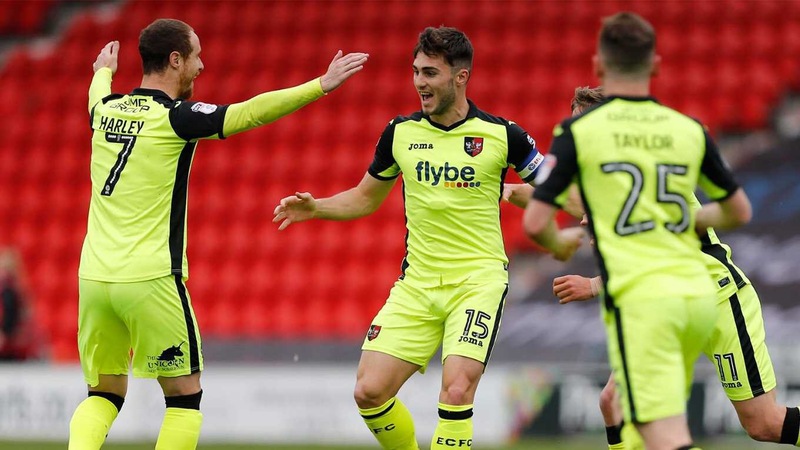