The Tangerines, who went ahead early in the match were pegged back by a brilliant finish from David Wheeler, but Cullen’s close range finish ensured the Grecians would remain in Sky Bet League Two.

Paul Tisdale made three changes from the City side that confirmed the Grecians’ place at Wembley against Carlisle United as Bobby Olejnik, Jordan Tillson and Lee Holmes were replaced by Christy Pym, Lloyd James and Joel Grant.

City got off to the worst possible start inside the first three minutes as Blackpool took the lead through Brad Potts.

Good work from Cullen, who held off Troy Brown centrally, saw him square it to Potts who stroked into the corner past Pym in the City goal.

Following that, the Grecians began to settle into a rhythm as they looked comfortable on the ball in midfield through the likes of Jake Taylor and Lloyd James.

City had their first real chance after ten minutes as Craig Woodman played a diagonal ball, which was met by the head of Wheeler. The City winger’s flick found Ollie Watkins, who turned to shoot, but saw his effort saved well down low to Sam Slocombe’s left.

A few moments later, Watkins was at the heart of the action once again as he picked up the ball centrally from Grant and drove into the Blackpool box. Unfortunately for the Grecians he was crowded out by the onrushing defence.

City continued to dominate possession and chances in the first period, as they worked it well on the edge of the area before James saw his effort glance wide of Slocombe’s right hand post.

The Tangerines then had a good opportunity through early substitute Bright Osayi-Samuel, who replaced the injured Tom Aldred after half an hour.

After good build up play on the edge of the City box, the Blackpool number 21 tried to drive inside before being met by the on-rushing Grecians defence who prevented him from shooting.

City’s good play was then finally rewarded on 40 minutes when Woodman’s quick free-kick caught out the Blackpool defence, and Wheeler was on hand to loop the ball over Slocombe just inside the area to level the tie.

Due to several stoppages, six minutes were added to the first half as Blackpool had another opportunity, but Neil Danns’ effort was wayward from distance to the right of the City goal.

The Grecians then almost took a lead into the second half when Harley, who looked bright throughout the first period, shot over Slocombe’s goal after driving into the Blackpool area.

The Tangerines started the second-half in similar fashion to the first as they put the Grecians under pressure. Osayi-Samuel dribbled his way into the box and pulled his effort just wide of Pym’s far post.

Moments later, Kyle Vassell broke free down the left latching onto a long ball before thumping a shot straight at Pym.

The City goalkeeper was called upon once again as he punched bravely through a crowd of players after a dangerous cross from Danns.

Tisdale then made a double change just before the hour mark as Reuben Reid and Pierce Sweeney replaced Grant and Brown, the latter appearing to have picked up an injury whilst sliding in on Osayi-Samuel.

City fans then had their hearts in their mouths after a wicked Blackpool cross fizzed across the six-yard area, and Vassell’s flick ricocheted off Sweeney but Pym collected well.

The Grecians then fell behind again seconds later when Cullen slid in from close range to convert Potts’ low cross from the right-hand side.

Stacey then created a good opportunity for City down the right. The full back managed to fashion a good cross towards Reid, who laid off James on the edge of the area, but the midfielder was unable to place his effort beyond the sliding Blackpool bodies.

As City pushed for an equaliser, with the introduction of Lee Holmes on 70 minutes, Blackpool broke well through Osayi-Samuel, whose good work saw him set up Danns, but once again the Blackpool number 35 saw his effort fire over Pym’s goal.

The Grecians’ best chance of the half then fell to Reid on 77 minutes. A long ball from Moore-Taylor found Wheeler, who knocked down for the striker, but his effort flashed just wide of the Blackpool goal.

City continued to push for that all important equaliser through the likes of Watkins and Reid, but both unable to force their way past a resolute Blackpool backline.

Holmes then picked up the ball centrally, after Wheeler had been dispossessed, but the substitute was unable to keep his effort from the edge of the Tangerines area on target just three minutes from time.

The Grecians continued to battle, and had a late chance at the death through Watkins, but the forward was unable to keep his effort on target as Blackpool held out for victory. 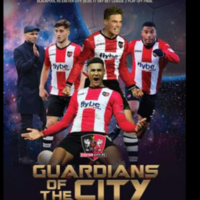 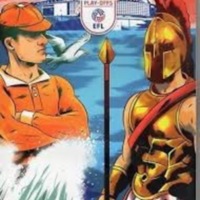 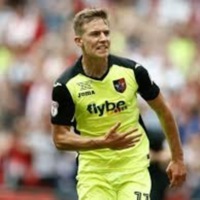