Although born in Durham, he moved to Selsey with his family to live at the age of 14, and he started to play for the local club in the West Sussex League.

Pullar began his senior career at Portsmouth as an apprentice, earning a full contract in February 1977.

He won a fairly regular place in the first team and went on to make 93 league appearances, scoring four goals.

Moving to Exeter City in July 1979, Pullar made his debut for the Grecians in a 4-1 opening day of the season defeat at Grimsby Town.

Pullar played a major role in the Grecians' most successful period in the Third Division, including an 8th place finish in 1980 and the run to the quarter-final of the FA Cup run in 1981.

He signed for Crewe Alexandra in July 1983 and stayed at Gresty Road for four seasons, during which time he scored 7 goals in 132 league appearances.

Pullar returned to the south coast to sign for Waterlooville. He later became Landlord of a pub in Rowland’s Castle.

Dave was still entertaining the crowds in January 2019, when he returned to Exeter, with a number of other ex-players, in particular with Lee Roberts in the RGB legends lounge. 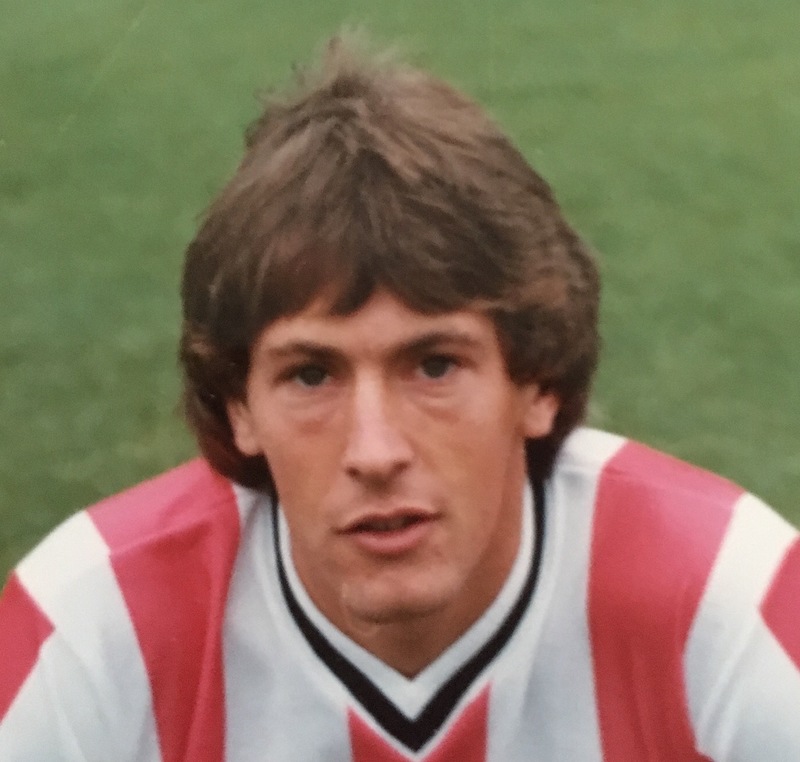