After serving his apprenticeship with Wolverhampton Wanderers, Stephen Pugh signed as a full professional for the club in December 1982, but never played a league game for the Molineux side.
He signed for Torquay United in October 1983 and went on to make 120 league outings, scoring four goals, before making the short move to Exeter City in August 1986. His one season stay at St James’ Park began with him making his City debut against Orient but apart from the start and end of the season, he never got a long run in the side. He then left Exeter to sign for Weymouth after making 24 League appearances and scoring one goal for the Grecians,in the summer of 1987.

He played over 300 appearance’s for Beazer Homes League side Weymouth, a feat that was marked by a special presentation when he played his 300th appearance.

Continuing to live in the Torbay area, Pugh was running his own building company in Torquay in 2010. 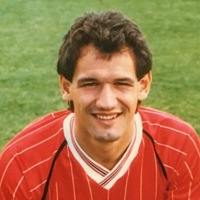 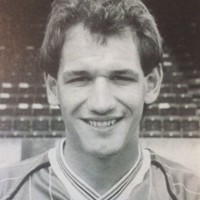 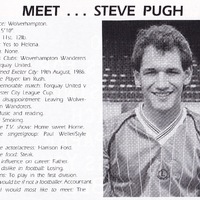