Originally an apprentice with Wimbledon, Priddle signed professional forms for the Dons in December 1983, but didn’t make a league appearance for them. He then moved to Crewe Alexandra in February 1985, where he made 11 league outings.

Released by the Gresty Road club, he moved back to Wimbledon as a non-contract player, but he got another league opportunity when joining Exeter City in July 1986.

Priddle made his debut for the Grecians against Orient at St James’ Park a month later, and he retained his place in the side through until December. However, after just one season he was signed by Brentford on a free transfer in July 1987.

The midfielder was to once again stay at Brentford for one season, making six league appearances, before joining St Albans City in the summer of 1988.
He then was on the books of Sutton United. Between 1992 and 1994, he was signed by Carshalton, Harrow Borough and Southall respectively. 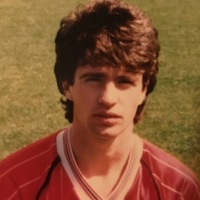 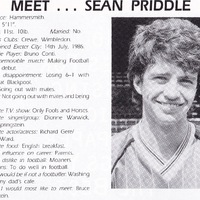