Signed from Barrow, Popplewell made his Southern League debut for Exeter City on the opening day of the 1919-20 season, in a 1-1 draw at Southampton. Being virtually ever present in the side, he had moved on after just one season, as the Grecians became members of the Football League in 1920.

Signing for Blackpool in the 1920 close season, Popplewell only featured in one league game for the Bloomfield Road side, but then started the best period of his career as he moved to Accrington Stanley in 1921.

He added a further 71 league appearances and four goals for Stanley in a three season stay. He subsequently played for Darwen, Clitheroe and Colne Town, prior to rejoining Accrington Stanley for the 1927-28 season, although he didn’t play another league game for them. Popplewell died in Accrington in December 1956. 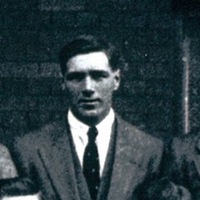 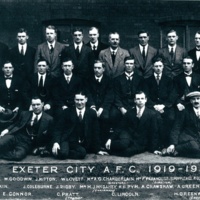