An amateur with Exeter City who made his debut, and scored twice, in a 4-3 away win in a Plymouth and District League fixture against the Devon & Cornwall Light Infantry.
Turner had also played for the Belmont club in Exeter.

Len was a popular figure and was noted to have had much success in other sports, as well as working in an insurance office in Exeter.

In early 1916 he joined the army, distinguishing himself with much credit, and using his physical ability to good use as an instructor to rise to the rank of Corporal.

Having served with the 4th Battalion, Devonshire Regiment, Len was killed when his ship, the S.S. Aragon, was torpedoed off the coast of Egypt on the 30th of December 1917.

His body is buried at the Alexandria (Hadra) War Memorial Cemetery, Egypt, where the engraving on his headstone reads (line one) A Beloved Son and Brother (line two) God is Love 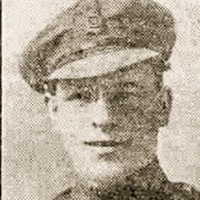 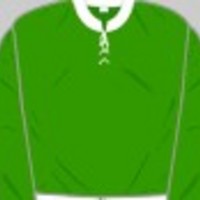 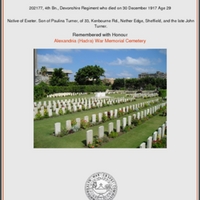 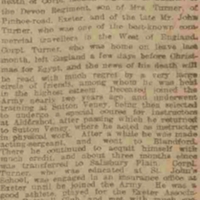 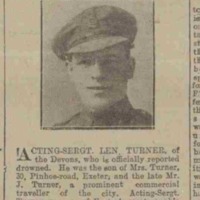