Pilkington started his career at Everton as a trainee, singing as a full professional in November 1998.

He stayed at the club for five years without ever making a first team appearance.

In November 2002 he enjoyed a short loan spell at Exeter City, playing in what was a struggling team. His debut, however, resulted in a rare away win and came against Boston United.

He featured in seven consecutive league matches before returning to Goodison Park. He also played in City’s 3-1 defeat at Charlton Athletic in the FA Cup.

Moving to Port Vale in July 2003, he became a key member of the first team, making 224 league outings and scoring 11 goals, where he won a Player of the Year award and was also team captain.

He joined Luton Town on a free transfer in the summer of 2008 and again won a Player of the Year honour.

Pilkington played in the Luton side that beat Scunthorpe United in the 2009 Football League Trophy at Wembley, and was club captain for the following season, although by that time Luton were in the Conference.

He switched to Mansfield Town in June 2012, and won the Conference Premier title with the club in 2012–13.

He joined Forest Green Rovers on loan in August 2013, and was loaned out to Macclesfield Town in February 2014. He went on to join Macclesfield permanently in the summer of 2014. He helped the club to win promotion back to the Football League as champions of the National League in 2017–18, before announcing his retirement in June 2018 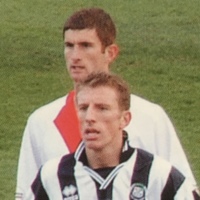 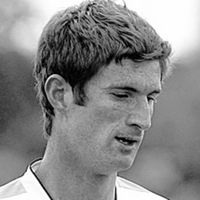