A Welsh schoolboy, Under 21, Under 23 and full international, Phillips began his career at Cardiff City, making his way through the youth and reserve sides, signing professional in April 1967, and making his league debut as a substitute against Rotherham United in January 1968, scoring with his very first touch.

In these early stages of his career, Phillips was used in positions all over the pitch, including playing as a striker and midfielder, before settling in defence as a sweeper.

He left the club in September 1974 after helping Cardiff win the Welsh Cup on three occasions to join Aston Villa for a fee of £100,000.

Winning the Football League Cup in 1977, Phillips also went on to captain the side on his way to making 175 appearances for the club before becoming Swansea City’s then record signing when he joined for £70,000 in November 1978.

After winning promotion to Division One in 1978-79, Phillips moved to Charlton Athletic in August 1981 for £25,000, where he made 97 league appearances, before finishing his league career with Exeter City, signing for the Grecians in March 1983.

He made his debut for Exeter in a 3-2 defeat at Walsall in April 1983 and played in the last ten matches of the season.

Phillips joined Llanelli as their player-manager in the summer of 1993. He has since worked as an independent financial advisor. 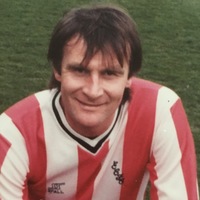 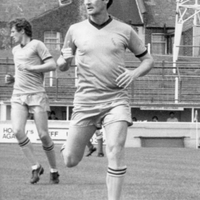