Pearson was playing for Goole Town, and working as a school teacher, when he got a Football League chance with Plymouth Argyle, signing for them in July 1974.

He went on to play in 12 league matches, then leaving to sign for Wycombe Wanderers.

He was back in League football in August 1977 though, linking up with Millwall where he netted nine goals in 44 appearances. Exeter City a fee of £25,000 for Pearson in November 1978 and he made his debut against Chester.

Pearson had to wait until the 1980-81 season before cementing a regular place in the side, as he played his part in reaching the quarter-finals of the FA Cup, as well as scoring four goals in 41 league appearances. He will always be remembered for his overhead kick in the 5th round FA Cup replay against Newcastle United. A game City won 4-0.

By that time he was combining playing for the Grecians whilst having his own milk delivery business in Exeter. Released at the end of the 1980-81 season, he signed for Bideford.

Pearson had a second spell with Plymouth Argyle when signing for them in August 1983, adding a further 8 league outings and one goal. After leaving Argyle he signed for Bideford again and became their assistant manager. He had three years at Bideford before signing for Tiverton Town, where although his spell was brief it was fruitful.
He retired from playing after his spell at Tiverton in 1987. 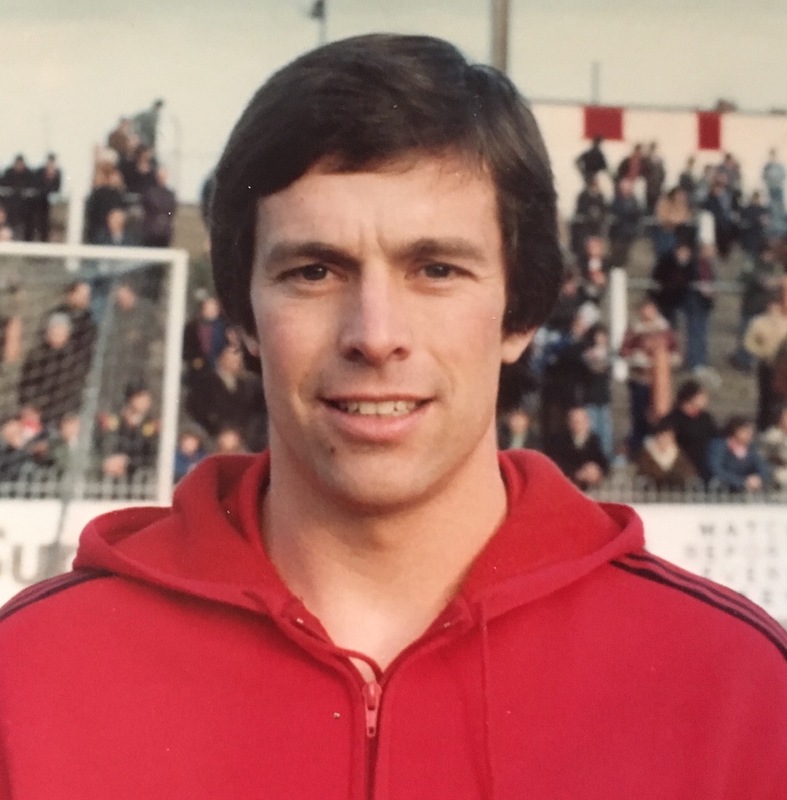 Mr Pearson was my school games teacher in either Cheam or Ewell (probably Ewell County Secondary School in 77/78). This was about the same time as he made a few appearances for Millwall and I have memories of a hat-trick in the cup. I’m always curious what happens to folks.

I love the game and have supported Wimbledon and AFC Wimbledon all my lif, although living in the US makes it tough to see many games.

I think you are talking about my husband Ian who taught at Ewell County in the late 70’s. We live in Devon and he is in his 70’s and still fit and sporty. It’s lovely that you remember him and hopefully you enjoy life in the USA.

Hi Jacky was just wondering if your husband Ian was the same Ian that worked at Bradfield House. I have fond memories of Ian Pearson at my school. Ian had played for Exeter and was a member of our house staff. Great man who was always smiling and and full of life. If this is your husband please pass on my thanks and I always think of him from time to time and watch him on youtube from time to time when played against my team the mighty Tottenham regards Darren

I rememeber Ian Pearson very well. He was a teacher at Ewell County Secondary School. He appeared in the School Play ''The Ewell Log'' and played for Millwall while still teaching! He didnt stay long but was multi talented at all physical sports. I belive there are photographs of the school play in 1977. I will contact Mr Dover the music teacher if he has any.

I remember Ian well from his teaching days at Bradfield House School, Willand, Cullompton. I taught there for two terms in 1982, teaching English.

At the time, I think he was playing for Dawlish Town FC.

Good egg, pass on my best wishes to anyone still in touch with him.

I remember Ian well. I was a ballboy at Exeter that fab season when we got to the quarter-finals a Spurs. Ian was the milkman we lived ion Isleworth rd. Am sure he will remember me. I always remember his overhead kick and it's a travesty it is not remembered well by Exeter City fans or the media. I actually now live by Newcastle and often go and watch them! Wish him the best :-) Martin James Aggett old address 94 isleworth rd exeter

Would be great to get in touch again . Good old college days. Love Anne and Charlie