Orr was signed by Exeter City from Barnsley in the summer of 1913, although he had never played a Football league match for them.

He was to only feature twice for the Grecians first team in the Southern League, in a 1-0 home defeat against Reading in September 1913, and in the final match of the season, a 1-1 home draw with Bristol Rovers.

Orr left the club at the end of the season and signed for South Wales team, Pontypridd.

"Followers of Exeter City F.C. will be interested to learn that Harry Orr, who was, last season a professional with the City Club, has volunteered for the Colours, and has now been for some time training with the R.G.A. at Great Yarmouth. At the start of the present football season he had signed for Pontypridd, the Second Division Southern League Club, and played in their first nine matches, He joined the Army just over a month ago, and a letter received at Exeter this morning states that he is having the time of his life. "This is a splendid change," he says, from cricket and football, and I was never better than since I joinedthe Service We get the best of food, although, perhaps, we have sometimes to take it a bit rough, and the officers are a splendid lot, who have the best interest us at heart. In fact, it is comfortable in every way." Orr, by the way, has another engagement with the Dundee Victoria C.C. for next summer, but whether plays or not depends, of course, upon whether the war is over. He is anxious, says his letter, for news of the Grecians just as much as are several Devon lads in camp with him at Great Yarmouth.
Western Times - Tuesday 24 November 1914" 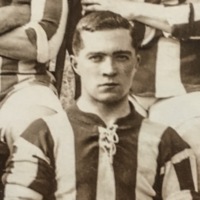 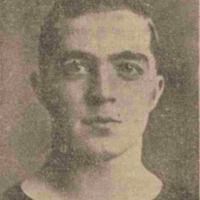 Not only was Harry Orr mayor of Little Lever, he ran a coach company in the Bolton area.  He returned to Exeter to marry after WW1. (will let you have more info when I next have the time to pop in to see Will, Paul etc.)