O’Donnell started as an apprentice with Ipswich Town, gaining a full professional contract in June 1985, but his first team opportunities were limited to 14 league appearances.

He went out on loan to Northampton Town in January 1988, but only played one game there.

Released by Ipswich, he signed for Leeds United in July 1989, but in two seasons at Elland Road, once again had to be content with mainly reserve team football, appearing just once in a league fixture as a substitute.

Moving to Exeter City in August 1991, he made his debut in a 5-3 opening day of the season defeat at West Bromwich Albion.

He retained his place in the side for the following game, but was then overlooked again, especially after City changed managers with the appointment of Alan Ball.

After leaving Exeter, his contract being cancelled by mutual consent in October 1991, O’Donnell returned to his native North East and signed for Gateshead. 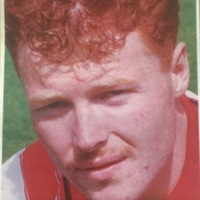 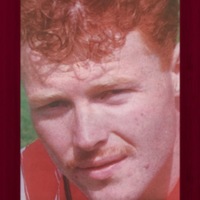