After graduating from the Cambridge United youth team, Nyamah spent two seasons with the first team, scoring two goals in 23 league appearances between 1993 and 1995.

Nyamah then joined Kettering Town in 1995, before returning to League football in 1996 with Stoke City, where he made 17 league appearances.

After a gameless spell with Luton Town in 1998- 99, including a loan spell at Kingstonian, he then signed for Exeter City in the summer of 1999.

He was to enjoy his best spell in the league, which commenced with his debut against Hull City on the opening day of the 1999-2000 season.

Nyamah stayed at St James’ Park for just one season, then moving on to join Stevenage Borough. After nine games for them he moved on to Billericay Town, Kingstonian and in 2001 was with Hayes.

The winger was playing for Boreham Wood in 2002 and his last club was Enfield Town in 2007. 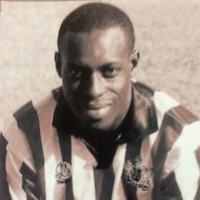 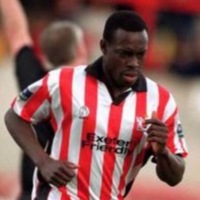 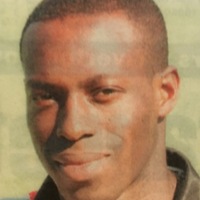