Nichols was given his first full professional contract in April 2011, after a successful season the club’s Under-18 side where he scored regularly. A local lad, Nichols is a product of the Exeter City Centre of Excellence, having also played junior football for Kentisbeare and Twyford Spartans.

Nichols made his debut as a substitute in the final match of the season at Sheffield Wednesday in May 2011. He made his City bow as a half-time replacement for Bertie Cozic and was replaced by manager Paul Tisdale with just a minute remaining at Hillsborough.

Nichols had been on the bench the previous week for the Devon derby with Plymouth Argyle and he didn't have to wait long to make an impact in the first team, scoring the winning goal the day before his 18th birthday and by October 2011 he had made nine appearances in the 2011/12 campaign.

He joined Dorchester Town on loan in January 2012, his first team outings with the Grecians having been limited.

In August 2012, Nichols joined Conference side Hereford United on a one-month loan deal. He made nine appearances and scored one goal for the Bulls.

In November 2012, Nichols joined Conference South side Bath City on a one-month loan. He made seven appearances and scored one goal for the City.

In March 2013, Nichols re-joined Conference South side Dorchester Town on loan. He made five appearances and scored one goal during his second spell at The Avenue Stadium.

In November 2013, Nichols began to reestablish his role in the first team. He went on to make 29 appearances and scored six goals during the 2013–14 season in League Two. He finished the season as joint top goalscorer with Scot Bennett.

Nichols cemented his place in the starting line-up during the 2014–15 season. He finished the season as the club's leading goalscorer with 15 goals in 39 appearances for the Grecians.

Nichols scored and was named the Man of the Match against Liverpool in the 3rd round of the FA Cup on 8 January 2016 during a 2–2 draw.

On 1 February 2016 Nichols joined League One side Peterborough United for an undisclosed fee, making his debut and scoring the winner in a 1–0 victory at Chesterfield.

After making 50 league appearances and scoring 11 goals for Peterborough he joined Football League 1 side Bristol Rovers F.C. in July 2017 for a fee £350 000. 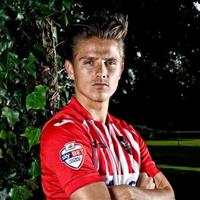 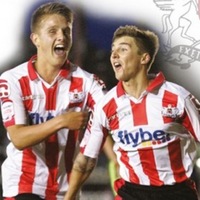 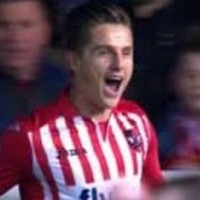 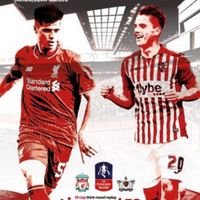 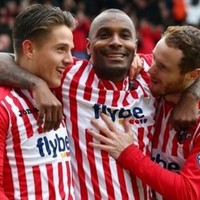 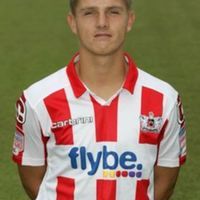 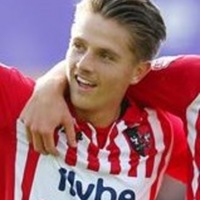 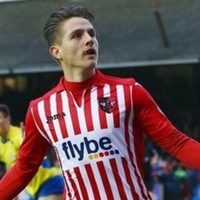 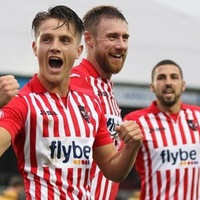