He won an F.A. Cup winners medal with Albion when they defeated Preston North End in the 1954 final. He also won two full caps for England in the same year, the first of which was against Scotland, when he scored at Hampden Park.

After scoring 58 goals in 131 league appearances, Nicholls was transferred to Cardiff City in May 1957, but after only six months and two goals in 8 starts, he was on his way to Exeter City for a fee of £4,500.

Nicholls made his debut for the Grecians in a 2-0 loss at Reading and netted the first of his 8 goals that season in a 3-1 win at Torquay United on Christmas Day. He also scored a hat-trick in a 4-2 win over Plymouth Argyle in February 1958.

In June 1958 Nicholls asked the City directors if he could continue to live in Wolverhampton and still play for the club, but his request was turned down.

He was to play a major part in City’s push for promotion (they finished 5th) in 1959, scoring 15 goals, but despite the success that season, finances at the club dictated that he was one of a number of players released to cut costs.

Nicholls moved to Worcester City for £2,300, rejoining manager Bill Thompson who had signed him for Exeter. 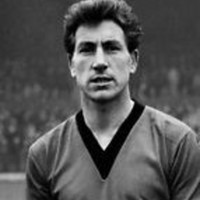 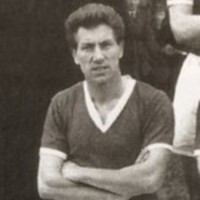