At 5’6“ tall Newman was the shortest player on Exeter City’s books when he signed for the Grecians in July 1921 from Burslem Port Vale. He had a trial with Aston Villa prior to joining Vale in 1920.

Described as speedy, compact and an accurate crosser of the ball, Newman made his debut for Exeter against Charlton Athletic in September 1921.

He was an ever present after that in the City team, until losing his place early the following season.

In the summer of 1923, Newman moved to Halifax Town, but he only stayed at The Shay for two seasons, playing just six league matches before rejoining Exeter.

He wasn’t as successful second time around at St James’ Park and after two further seasons, he left to sign for Yeovil and Petters United in 1927. 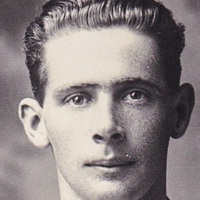 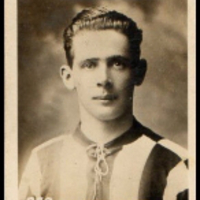 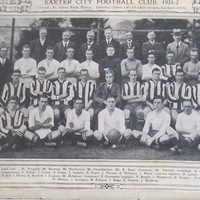 Regarding Frank Newman. He had just one season at Halifax Town, played just four games. He was released by the club by the end of the 1923-24 and he certainly wasn't with us in 1924-25 - I have reserve team ledgers and he doesn't appear in those. Records show he returned to Exeter for the 1925-26 season - do you have any idea what happened to him in that 'lost' season of 1924-25? I've checked with British Newspapers Online and there is nothing for 1924, his name appearing as a sqaud member on the eve of the 1925-26 season.