Musker began his career as an apprentice at Bristol City, signing a full contract in August 1979.

He went on to feature in 46 league games for the Ashton Gate club, scoring one goal.

He moved to Exeter City on loan in October 1983 and played the first of his six games for the club in a 3-0 win at Southend United, the only match that City won during his stay at the club.

In November 1983, Musker signed for Gillingham where he played 64 league matches and scored 7 goals.

He was to return to Devon when singing for Torquay United in August 1986, but was released by them after two seasons and he signed for Dawlish Town.

Torquay signed him again in July 1990, and in his two spells with the Plainmoor outfit had made 66 league outings, netting one goal.

His next move was to Walsall in August 1991, but he only stayed one season adding 3 further league matches to his tally. Musker then played for Gloucester City, Saltash United and Taunton Town.

As manager of Taunton he led them to victory in the final of the F.A. Vase in 2001.

After leaving at the end of 2004-05, he became manager of South West Peninsula League team, Totnes and Dartington, for the 2008-09 season, but left after one season. 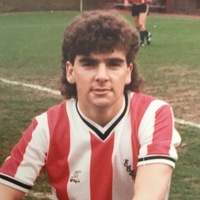 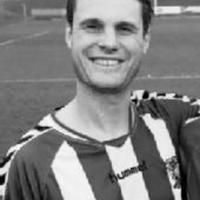