This Irish born defender was signed by Exeter City on a three-month contract in September 2008 after impressing in a trial with the club.

He commenced his career with Blackburn Rovers before moving onto Cambridge United, initially on loan, where he made his Football League debut.

After signing for Northampton Town in the summer of 2004, he had a long run in the first team and was seen as a solid left back who could also play at centre half. He made 38 appearances.

He joined Stafford Rangers in August 2007 and then moved to Stevenage Borough in the January 2008 transfer window, but was released at the end of the season.

Signed by Exeter, he played most of his football in the reserve team, however, he did make his league debut for the Grecians in a 1-1 draw at Morecambe.

Released by Exeter in May 2009, Murray linked up with Blue Square Premier League club, Grays Athletic, but after a few weeks moved on to Luton Town.
He stayed at Luton for two seasons playing 69 league games. He left Luton in January 2012. 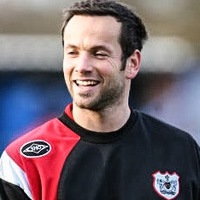 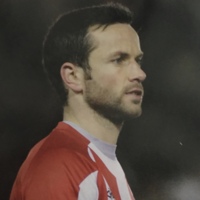 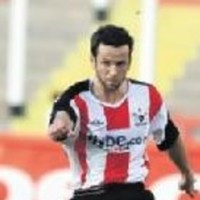