Although born in Exeter, Moxham started his career as an apprentice at Preston North End. However, He signed his first full contract with Bournemouth in July 1966.

Moxham never made a Football League breakthrough and then played non-league football until Exeter City signed him in July 1975 from Western League, Bideford.

At the age of 28, he finally made his league debut when appearing as a substitute in a 2-1 home defeat against Cambridge United in September 1975.

Two months later he was to play his last game for the Grecians and he was subsequently released, returning to North Devon with Barnstaple Town. 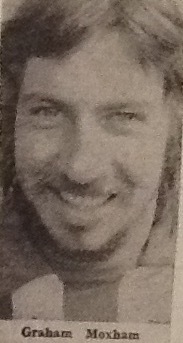