City headed to Edgeley Park three league matches undefeated, having picked up two draws against Wycombe Wanderers and Colchester plus a 3-0 win over Brentford at St James Park, while the Hatters, who would go on to finish rock bottom of the division that season with just 25 points, had lost their last four matches. Following defeat against the Grecians, they then went another seven straight matches before they picked up another point.

The Grecians, who had also just beaten Nuneaton in the FA Cup First Round, took the lead in this one six minutes before the break through Ryan Harley, who whipped in a delightful free kick from a little over 25 yards after Stuart Fleetwood was brought down in a clumsy challenge.

Paul Tisdale's men retained their lead until ten minutes from time when Stockport found themselves with a free kick in a similar position, with Michael Rose stepping up to take. Rose hit it delightfully into the postage stamp area, leaving Andy Marriott helpless to the fizzing ball.

With the game heading for a draw, up stepped Adam Stansfield to win the contest in stoppage time. Defending the Stockport pressure, Harley found himself on the edge of his own box and saw the space to run into, mounting a counter attack. Seeing Stanno making a run through the centre, he played the inch perfect ball to City's no.9 and he made no mistake in beating Owain Fon Williams with a drilled finish.

Not resting on their laurels, there was still time for City to make certain their victory in the fifth added minute. Again under pressure from the hosts, a hoofed clearance fell into the path of Stanno, who did brilliantly to survive the challenge of a Stockport defender, picking himself up off the floor with ball still at feet before squaring it to Richard Logan who had the easiest of finishes into an open goal from six yards.

"It was a tough game in awful conditions and in the first-half I thought we were exceptional in the conditions.

"We've had our fair share of late goals against us, so it was nice to do it the other way around." 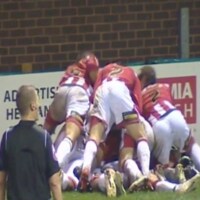 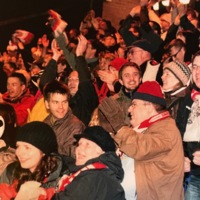 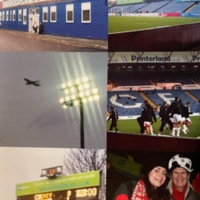