He proved to be very successful whilst guesting for the club netting twice against the Royal Marines, and Plymouth Argyle respectively.

He also played as a guest for the Grecians in 1945-46, when he scored two goals in nine Division Three South (South of the Thames) fixtures.

Mitcheson started his career Wolverhampton Wanders in 1932, but didn’t make a league outing until moving to Port Vale a year later, where he scored 5 goals in 49 appearances.

He signed for Plymouth Argyle in November 1935 and in 93 league matches, netted 25 goals.

He played for Ipswich Town in 1939-40, making 3 more league outings and scoring one goal before the competition was abandoned.

Mitcheson remained on the books at Ipswich Town throughout the Second World War, then signing for Yeovil and Petters United in 1946.

After retiring from playing he returned to Plymouth Argyle to assist with the training. He was a pub landlord in Brixham in November 1958. 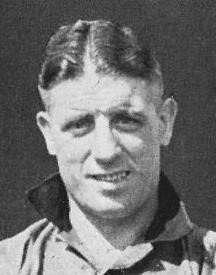 Thank you - i loved reading this