Exeter City squandered the chances that should have been enough to see them through the First Round of the F.A. Cup instead of facing a daunting replay on Wednesday. They had the better of the first half, but still went in at the interval on terms with Cambridge, and City dominated the second period with their all action, hard running play, but could not quite find the vital scoring touch.

Exeter always looked the side most likely to score, yet Cambridge took a 16th minute lead. Steve Spriggs curled a cross into the middle and it was flicked on by Mark Cooper and into the path of David Crown to notch his ninth goal of the season. In the 38th minute Exeter equalised when Steve Pugh crossed from the right and skipper Keith Viney shook off a tackle from Steve Dowman and continued his powerful run through to score.

In the second half it was virtually all one way as Exeter laid seige on the Cambridge goal. Viney nearly pulled the game out of the hat for Exeter as he unleashed a tremendous 35 yard drive, but goalkeeper Keith Branagan made a spectacular finger tip save. Shortly before the end Steve Pugh was stretchered off with an injured ankle. 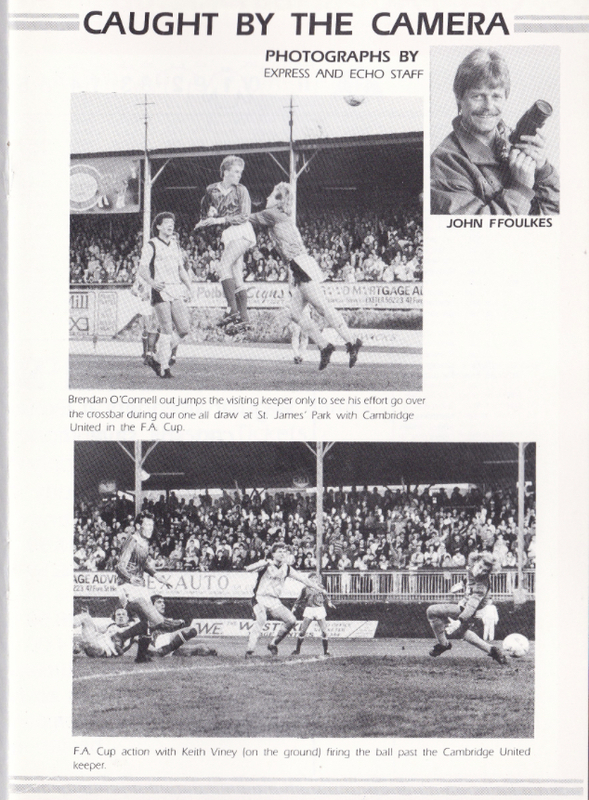