Two solid blows from the experienced figures of Steve Dowman and Alan Biley shattered Exeter City's dreams of F.A. Cup glory at Cambridge United at last night's First Round replay. Dowman thudded home a text book header to give Cambridge a 27th minute lead and Biley volleyed the decisive second goal seven minutes from time. City had little but effort to offer in reply and were left kicking themselves for all the missed chances in Saturday's drawn game.

They gave their best shot last night but unfortunately they were firing blanks. It was a poor match as cup football goes end to end stuff all right but not much exciting goalmouth incident in a kick and rush affair that cried out for calm and composure. Injury hit City had nothing but youthful endeavour to call on and that was simply not enough to overcome a more experienced Cambridge side.

The youngsters worked tremendously hard at hustling Cambridge out of their stride and never allowed them to settle and that part at least went to Manager Colin Appleton's plan. Right from the start City chased and harried in defence, whilst their attacking strategy called for long early passes to the willing front runners, City's execution of the idea wasn't precise enough to pay dividends and all too often Dean Roberts and Brendon O'Connell were chasing lost causes. 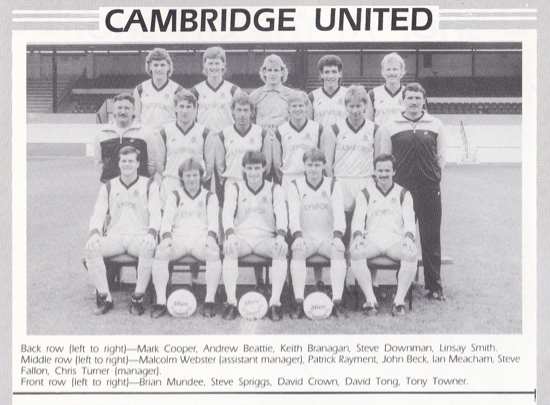