Exeter City's efforts in staging their freeze-beating Fourth Division fixture against Colchester United paid off with a well deserved win over their promotion rivals. Exeter got away to a great start when Terry Baker put through his own net after just four minutes and teenage sensation Mark Robson scored the decisive second goal ten minutes from time. The players coped well with the treacherous surface. There were a few slips and Torvill and Dean style slides, but nothing to spoil the entertainment for the hardy crowd.

Exeter adapted best to the slippery surface and their more direct approach had Colchester back tracking for most of the first half. Colchesters defenders looked unhappy on the frost bound pitch as Exeter had them twisting and turning with some tidy attacks.

Baker's early blunder put City nicely in control. Under pressure from Robson and Paul Batty, the luckless defender looped a back-pass over stranded goalkeeper Alec Chamberlain and into the net. For the final 15 minutes of the match Tony Kellow came off the substitutes bench to add a little flair to the forward line. It was from his pass that set the unmarked Robson free in the 80th minute. The 17 year old winger clipped a first time shot over the helpless keeper and under the crossbar to ensure that Exeter extended their unbeaten home record to 16 games. 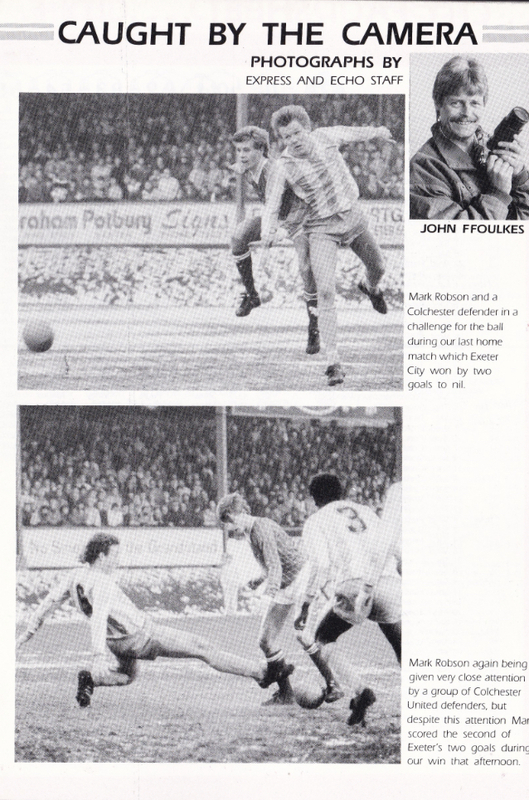