Stockport County hardly had time to rest on their laurels after their midweek triumph over Tranmere Rovers, as lively Exeter City gave them a busy time. In the 32nd minute Tony Kellow put Exeter ahead when he floated a 20 yard free kick over the wall and past goalkeeper Gary Walker. Exeter scored their second goal in the 54th minute when Keith Viney robbed Ken Brannigan on the edge of the County penalty area, and crossed low for Sean Priddle to steer his shot home. Exeter substitute Brendan O'Connell netted City's third goal when County were caught pushing out too quickly from a 64th minute corner. The same player made it 4-0 to complete a sorry afternoon for Stockport.

Stuart McManus, a 21 year old free scoring forward from First Division Southampton, is the target for Exeter City. The Scottish born striker is due back from playing Summer Soccer in Sweden next month and City Manager Colin Appleton is poised to snap him up. McManus was picked up from non-league football by Southampton, but they released him in April after two season at the Dell. During his time there he made only two First Division appearances, but scored in one of them, getting the opening goal in the Saints' 2-0 win at Q.P.R. in March. 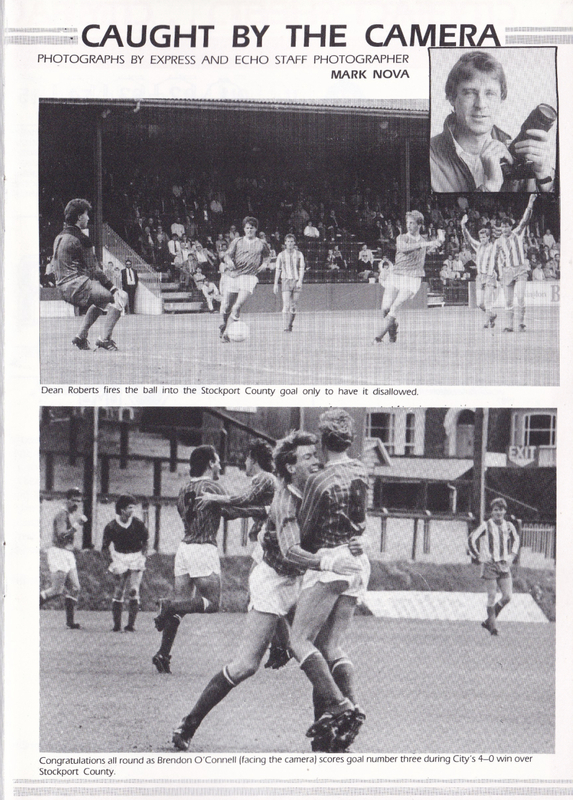