Exeter City found life tough last night as they were forced into a sustained rearguard action against lowly Stockport County. Colin Appleton's men soaked up a second half avalanche of pressure to earn their eighth away draw in the League this season. It wasn't pretty, but Exeter's five man defensive tactics certainly proved effective. And although City's failure to win cost them the chance of moving into fifth place, they were still in with a shout-more than any other team in the Fourth Division-but this game could have gone either way. Both sides missed golden chances in each half.

The only presentable opening Exeter had came in the first half, when sweeper Keith Viney saw his 42nd minute piledriver whistle past the outside of goalkeeper Andy Gortons post. That proved to be City's last real chance, for in the second half they were pinned back and forced to defend with rugged determination as Stockport County attempted to earn their fourth League win in six games. Substitute Tony Kellow entered the fray in an attempt to break the deadlock. But it was still Stockport who made the running and City goalkeeper John Shaw had to be alert to brilliantly turn aside a fierce drive from Les Robinson. 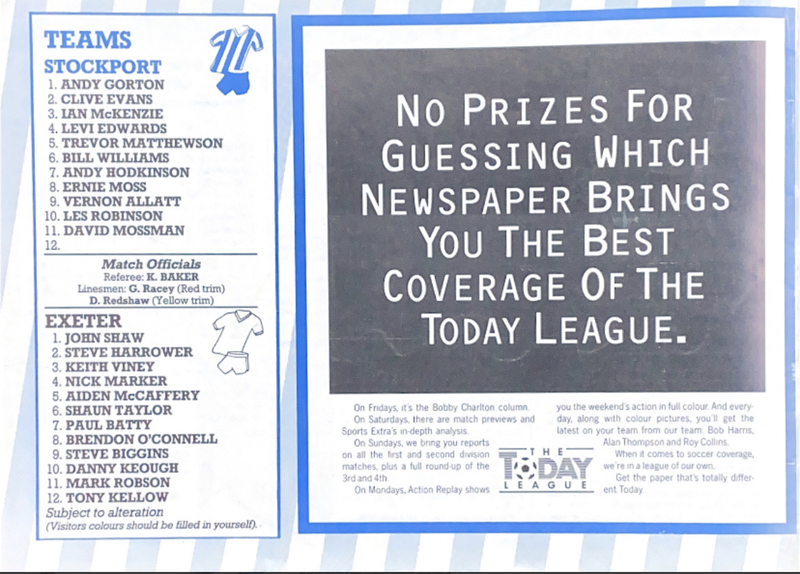