Brian Stanton sent Peter Conning free on the Rochdale right after just three minutes play to set up a chance for Rochdale in their game at Exeter City, but Conning's cross was deflected back to City's keeper John Shaw by Andrew Watson. Conning then left the Exeter defence trailing and unleashed a fierce left foot shot from 20 yards, but his effort flew just wide. Lyndon Simmonds eventually put Rochdale ahead after 28 minutes, heading home Dave Grant's free-kick from the left touchline after John Hudson had been fouled. Conning should have put Rochdale two up but he mis-cued his shot from right in front of goal after being given a golden scoring chance by Simon Holden.

Grant was then booked for a shove in the back on Exeter's new signing from Wolves, Dean Edwards. Derek Parlane shot on the turn early in the second half to cause a problem for Exeter keeper John Shaw. Exeter equalised after 79 minutes from the penalty spot. Jason Smart brought Edwards down as he challenged for a corner, and Tony Kellow stepped up to easily beat goalkeeper Keith Welch with the spot kick. 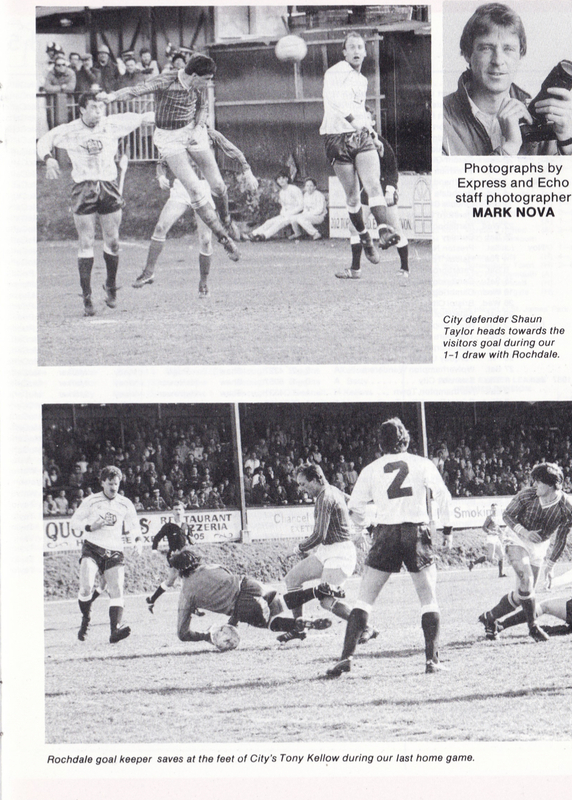