City, all pepped up to wipe out the memory of the midweek defeat by Preston, walked straight into the most appalling conditions imaginable at Turf Moor yesterday. A howling blizzard from start to finish was enough to freeze a man to the terraces and no wonder in such refrigerating conditions there were no goals and precious little else. The chance of the day fell in the 48th minute to Mark Robson. Martin Butler, whose work on such a pitch was quite outstanding, set up the chance with a sweet and low cross which arrived just outside the six yard line, but Robson lifted it over the bar.

Butler had been only a foot wide with a cracking drive, and saw another one spin to safety off a defender when it looked bound for the net. City were to lose the grip somewhat in the closing stages, and keeper John Shaw was clearly none too happy with his defence with lan Britton breaking through to send a diving header into the side netting. After Robson's unhappy miss, not surprisingly the game deteriorated, although Shaw had to deal with an awkward drive from Neil Grewcock at the foot of the post.

For some reason match referee Neville Ashley chose to use a white ball up to the interval, then substituted it with an orange one. It helped the spectator but did little for the foot stamping brigade of 1,787 who endured what can only be described as a farce. 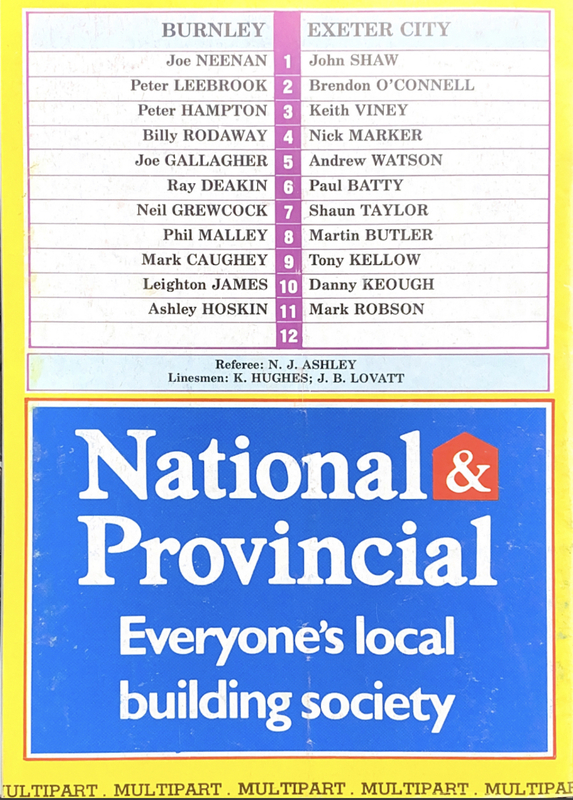