PERFECT DAY AND THE NEW RECORD

They've done it! Exeter City's battling heroes achieved their goal of a new club record at Wrexham on Saturday. Their determination not to give an inch against a difficult Welsh side earned them a place in the history books as the first City side to go seven games unbeaten at the start of a League season. They had to work extremely hard for their moment of glory and nobody did more than the impressive Andrew Watson. He had a superb game at sweeper and made it all look effortlessly easy into the bargain. City created several chances themselves with Wrexham looking particularly shaky whenever players ran straight at them with the ball. Steve Pugh and Brendon O'Connell both tested goalkeeper Pearce as they exploited gaping holes in the home defence, and Danny Keough and Dean Roberts also put useful efforts just off target. The second half was less hectic and times more like a game of head tennis than soccer, as the ball ping-ponged around. The surprisingly hard and bumpy pitch didn't help. 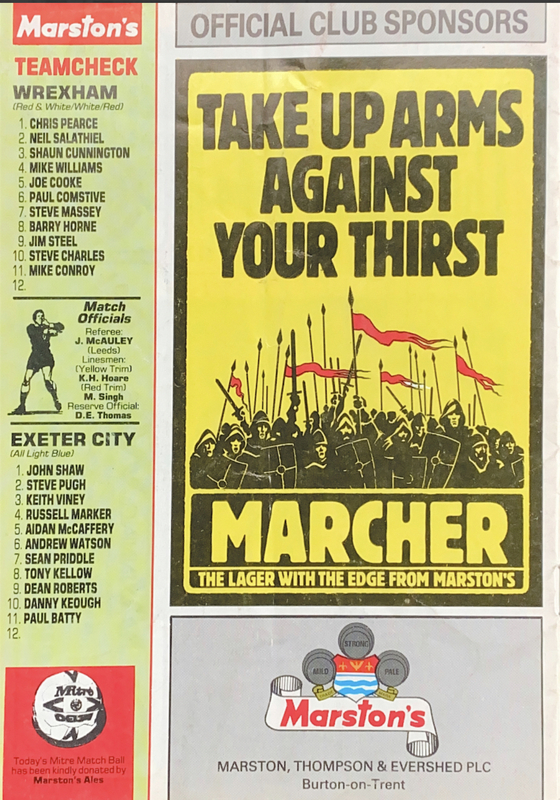