EXETER DO JUST AS THEY ARE TOLD


Exeter City manager Colin Appleton has ordered his promotion seeking team to go for goals in their home matches and yesterday it certainly showed. For a side renowned for its defensive meanness City were surprisingly positive pouring men forward and leaving unusual gaps at the back. Martin Butler, City's new loan signing from York City, formed a three pronged attack with Mark Robson and Tony Kellow which was a constant worry for Wrexham.

The attacking orders seemed to have back-fired after 18 minutes when Wrexham took the lead. A gap in the City's left flank let in Steve Charles and although his shot was blocked by John Shaw, Nicky Hencher was on hand to hit the rebound home. It was all square again after 37 minutes when Nick Marker headed on Robson's corner and Kellow thumped the ball past Charles Pearce in the Wrexham goal for his seventh strike of the season.

City took the lead two minutes from the break, when Neil Salathiel's clearance from a Marker header hit defender Mark Williams before going into the net for an own goal. Three minutes after half time it was back to square one as a shot from Charles from 20 yards went under Shaw and into the net for Wrexham's equaliser. City regained the lead after 61 minutes, Steve Pugh's deep cross was headed in by Brendon O'Connell ghosting in at the far post.

As City searched for a fourth they left still more gaps at the back. Williams and Charles both hit the bar. Two more efforts by Robson were saved by Pearce and Kellow narrowly failed to reach a through ball by O'Connell before City confirmed their ruse to fifth spot in the table with another goal with five minutes left. Dean Roberts was brought down by Williams and Kellow blasted the penalty past Pearce. 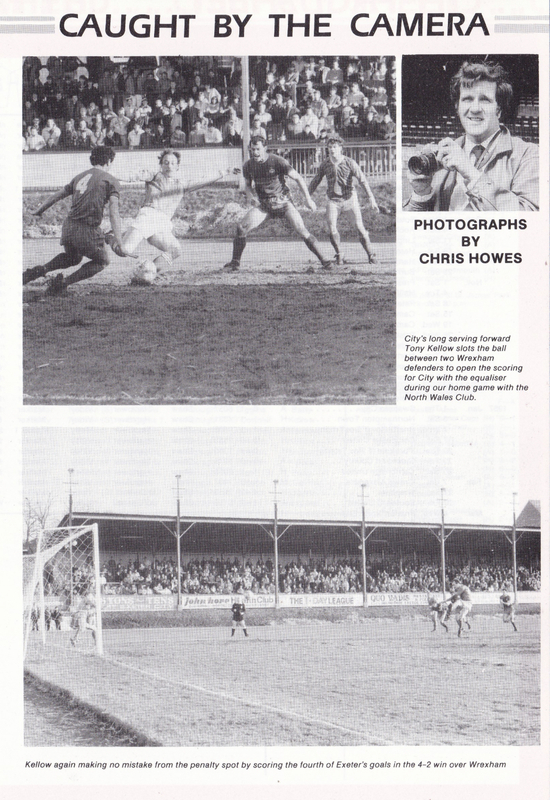