Exeter maintained their unbeaten League run, but it needed a late, late equaliser from Brendan O'Connell. It seemed that struggling Crewe had ended their impressive start to the season when O'Connell ran onto a through ball from Sean Priddle, and hit the leveller three minutes from time. Exeter had shocked the home side by taking the lead after just 13 minutes, Nick Marker powering home a header from inside the area.

Crewe searching for their first win of this season fought their way back into the game in the 29th minute when skipper Geoff Thomas put them level. Crewe went in front after striker Gary Blissett rounded Keeper John Shaw and sent in a cross from the by-line and Thomas hit his second goal of the game. 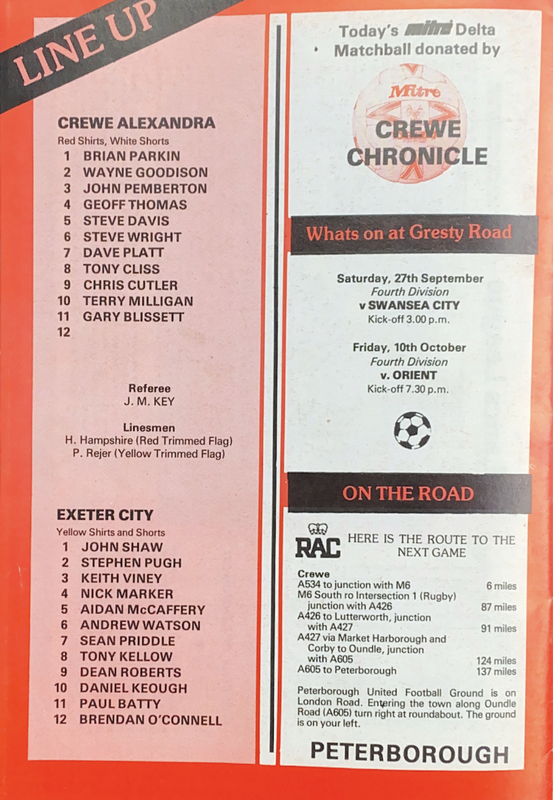