POSH FIND IT SO HARD

Two Steve Phillips (photo) goals snatched a point for Peterborough and wrecked Exeter City's hopes of their first away win in 18 outings yesterday afternoon. Peterborough seemed to lose their sharpness in attack and rarely tested agile goalkeeper John Shaw. Exeter should have had a third goal by Gary Jackson fired straight at Kevin Shoemake before Phillips went through to equalise for Peterborough.

Exeter's resourceful defence on record the best in the Fourth came under heavy pressure as the Posh battled towards the promotion play-off. And the stubborn defence owed early thanks to Shaun Taylor, who cleared by heading a Wakeley Gage effort over his own bar. Experienced goalkeeper Shaw then saved brilliantly from Noel Luke and luckily from a powerful Jackie Gallagher header.

The Exeter strikers stole away for raids in which Peterborough central defender Paul Price followed Taylor's example by heading over his own bar. Then Dean Edwards went close with a header. This was the prelude to an amazing escape for Exeter. As Shaw dived all over his penalty area he blocked a Gallagher shot, but saw the ball run to Alan Paris who shot too casually against the crossbar

Exeter seeking their first away League win were dangerous when they uncoiled and the lively Edwards beat Price and Paris to score from 12 yards. Only a desparate dive from Shoemake prevented Paul Ollson adding another goal for the City. Peterborough equalised when Paris's deliberate and accurate cross was easily headed home by Phillips. But Edwards forced his way through again to put Exeter in front. 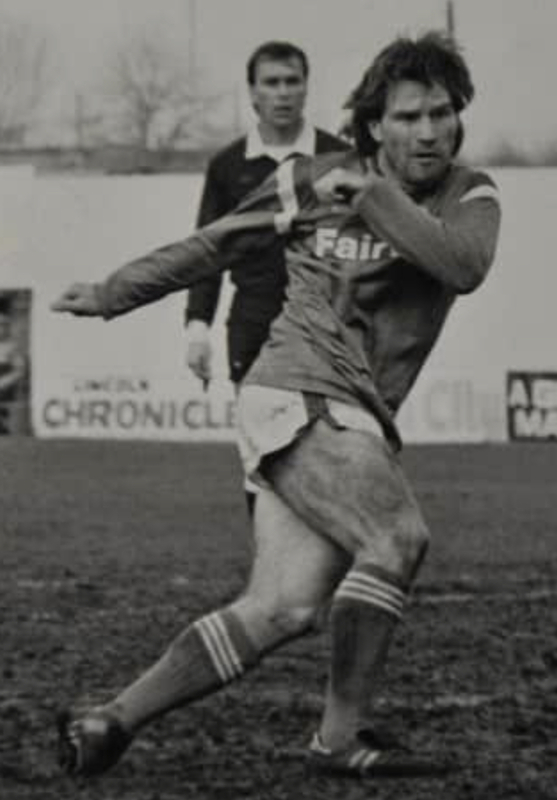