The coolness of master marksman Tony Kellow and youthful exuberance of teenage striker Dean Roberts proved a pretty lethal combination at St. James' Park yesterday. Player coach Kellow ended an hour of frustration, by blasting Exeter in front against Aldershot from the penalty spot-just 5 minutes after coming on as substitute. Not to be outdone Roberts got into the act with two goals in a remarkable 5 minute spell as what had been a dour, uninspired battle ended in blaze of scoring. Kellow completed the rout 4 minutes from the end.

Aldershot's clinical offside trap caught Roberts and Brendon O'Connell with frustrating regularity, and for an hour the match had no score stamped all over it. Andrew Watson, Sean Priddle and Nick Marker contained Aldershot's free scoring attack so effectively that keeper John Shaw only had one serious save to make all afternoon. Exeter's hopes of ending the deadlock were not helped by an injury to O'Connell, eventually being substituted for Kellow in the 55th minute. 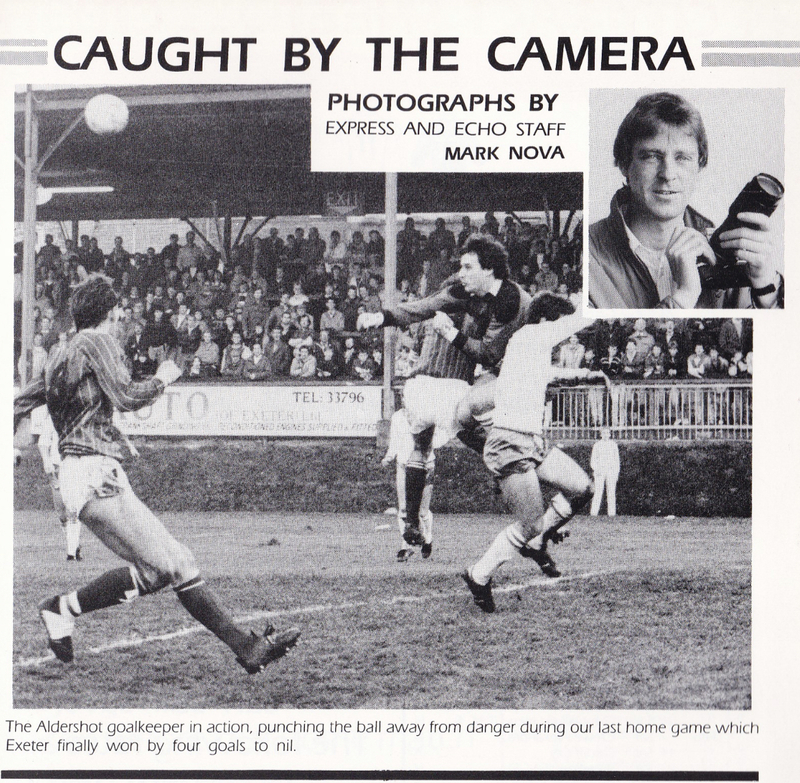