Goalkeeper John Shaw relived a nightmare as Exeter's watertight defence sprung a major leak against Northampton Town's goal hungry scoring machine at the County Ground last night. Shaw was given a vivid reminder of a seven goal deluge that he had to pick out of the net when keeping goal for Bristol City at Northampton four years ago.

Home skipper Trevor Morley gave Northampton the lead after 17 minutes. Then two goals in three minutes floored Exeter's challenge of a reply. Eddie McGoldrick rifled in a shot from outside the box, and Richard Hill stabbed in goal number three. To be fair Exeter showed plenty of enterprise in the second half, but in the 72nd minute Hill's ample finishing skills wrapped up the verdict, when he clipped home his 20th goal of the season to the delight of a Northampton crowd of 6,639, their biggest for a League match this season. 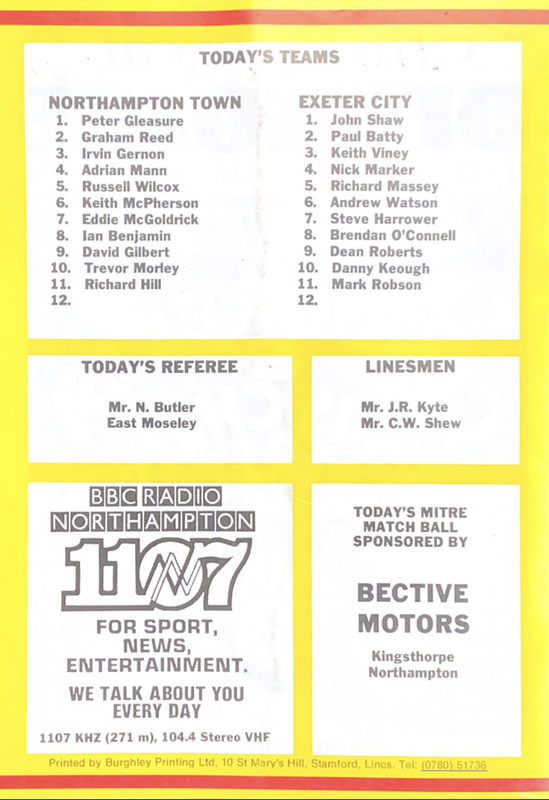