Exeter City clung to their unbeaten home record by the skin of their teeth with a lack lustre performance against Cambridge United yesterday afternoon. Exeter produced just one shot on target in the whole game and they needed a penalty to do that. Cambridge goalkeeper Keith Branagan conceded it with a rash tackle on Steve Harrower in the 21st minute and Brendan O'Connell scored from the spot. But Branagan was otherwise untested as lively Cambridge dominated for long periods and were kicking themselves afterwards for getting no more than

Peter Butler's well deserved equaliser from a game that they should have won easily. City lacked invention going forward and all too often the ball was hoisted high down the middle, giving their diminutive strikers no chance against ex-Argyle man Lindsay Smith and his equally solid defensive partner Mark Crowe who started the season with Torquay United. "Not a classic was it?" said Exeter manager Colin Appleton after the game, with a masterful grasp of the understatement. 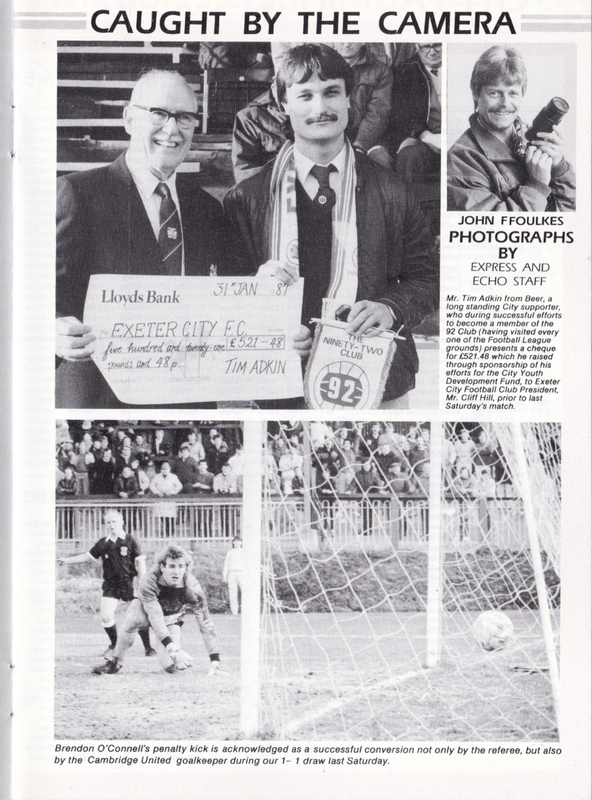