Crewe had to soak up heavy pressure for the opening spell of their match at promotion chasing Exeter City, who were protecting a 14 match unbeaten home record in the League. Crewe's defence worked hard to contain a lively Exeter attack that was full of ideas and running. Against the run of play however, Crewe could have taken the lead. Geoff Thomas had a shot parried by City keeper John Shaw, but Gary Blissett put the rebound against the bar.

Crewe enjoyed their most productive period early in the second half. Blissett put a free header straight at Shaw, after earlier draggaing his shot wide of the target. But Exeter bounced back to take a 57th minute lead through 17 year old Mark Robson. Tony Kellow flicked on a right wing cross and Robson stole in to beat Crewe goalkeeper Brian Parkin from 10 yards. 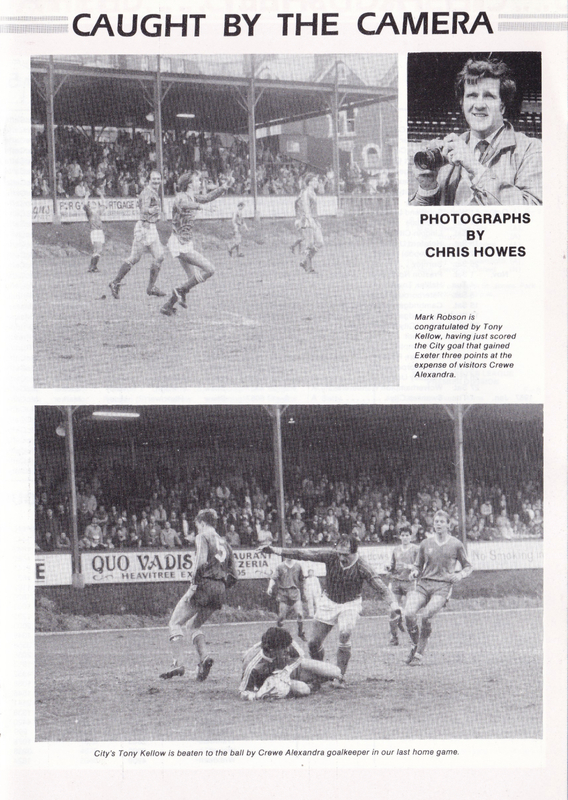