Dreary City in a generous mood

DESPITE a brief second half revival dreary Exeter City recorded their 12th successive match without a win at promotion hopefuls Aldershot, who were not much better. And Exeter boss Colin Appleton declared: "Because there was nothing at stake I made a few changes. We could not have had a worse start. We gave Aldershot both goals on a plate." He added: "Young Mark Robson did well enough up front but he was not given the right sort of service." The reserve goalkeeper Mel Gwinnett, who took over from the injured John Shaw, nearly presented Aldershot with a goal in the opening minutes when he booted a shocking free kick straight to Tommy Langley. Former Chelsea star Langley lobbed the ball straight back over the stranded Gwinnett, and just over the Exeter crossbar! Although Exeter have the best defensive record in Division Four, they were nervous and erratic early on with Gwinnett having plenty of work to do. But Gwinnett was a shade unlucky when Aldershot took a 10th minute lead through Andy King. Gwinnett pushed out a header from Langley following an Ian McDonald corner kick, but the ball fell just right for former Everton midfield man Andy King who flicked in his 13th goal of the season from close range. Without leading scorer Tony Kellow City showed little invention up front early on. It was nearly 30 minutes before they managed their first positive attack, and that was a weak shot from Andy Watson well wide of an Aldershot upright. But Aldershot had made it 2-0 in the 17th minute through Mike Ring who rifled the ball home from 10 yards after the sluggish Exeter defence again failed to clear a free kick from McDonald. Exeter's exciting young prospect Robson caused Aldershot plenty of problems with powerful forays along the left flank giving experienced defender Giorgio Mazzon a tough time. It was a superb run from Exeter defender Brendon O'Connell that sparked their goal in the 34th minute when he flung over a superb cross. Big striker Paul Williams headed the ball into the path of Watson (photo) who crowned a fluent move with a superb goal leaving Aldershot's defence stranded. It all changed in the second half with Aldershot goalkeeper Tony Lange twice having to save from the lively Dean Edwards. First it was a full stretch save by Lange as he kicked the ball over from a fierce drive from Edwards who had been sent clear by Robson. And then Lange dived bravely at the feet of Edwards who looked certain to score after Williams headed down a free kick from Keith Viney. Aldershot had been happy with their slender lead until Glen Burvill let fly with a pile driver that Gwinnett saved at the second attempt. With a little bit of luck City might have snatched a point and a new league record of 24 drawn matches in a season. But it was not to be although defenders Viney, Nick Marker and O'Connell were composed and positive after that shaky start. Two Exeter players were booked for fouls: O'Connell (14 mins) and Steve Harrower (42 mins).

EXETER slumped to their 12th successive match without a win, floored by two early goals at promotion chasing Aldershot. They fell behind in the 10th minute when Andy King bundled the ball in after goalkeeper Mel Gwinnett had saved header from Tommy Langley, and their defence crumbled again in the 17th minute when Mike Ring lashed the ball home when Exeter falled to clear from a free-kick. It took Exeter 30 minutes before they managed their rst shot through Andy Watson-but it was well wide of an Aldershot upright. But the visitors pulled one back in the 34th minute when a cross from Brendan O'Connell was headed down by Paul Williams for Andy Watson to score. 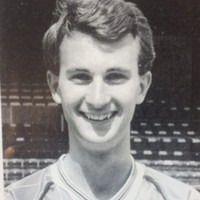