Thousands of Molineux fans chanted "Going up, going up" at Exeter yesterday, con vinced that the name of Wolverhampton Wanderers is already writ ten on the third promotion ticket. The wild celebrations were a little premature but Wolves 3-1 victory left neutral observers with the distinct impression that there is nothing to stop Graham Turner's men. This was their 10th win in 11 matches and arguably their fin- est triumph in a season which Turner has turned on its head after all the previous indignities. It put them into third and Southend must now win their last two matches-home to Cambridge tonight and at Stockport on Friday -to take the third promotion spot. Wolves, now two points ahead of Southend, play their final game of the season against Hartlepool at Molineux on Saturday. If Southend slip up against either Cambridge or Stockport, Wolves will go into the Hartlepool game knowing that victory will send them into Division Three. They are already guaranteed a place in the promotion play-offs so if Southend clinch third place, you have to fancy Wolves, in this mood, to go up the hard way. 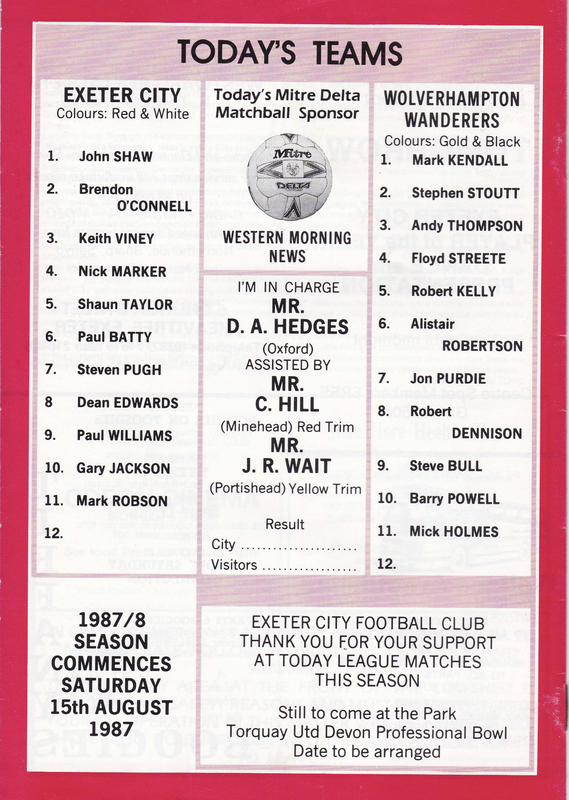