Richard made 13 appearances, scoring for Exeter City in the Devon and Exeter Premier League in 1984/85.

He continued to work his way through the youth ranks at Exeter City as an apprentice, being signed as a full professional in July 1986.

His Football League debut came in a 1-0 defeat at Hartlepool United in March 1987, one of 3 league outings he had that season. The following season he netted his first senior goal for Exeter City when he scored against Crewe Alexandra at St James’ Park in October 1987.

Released by the Grecians in the summer of 1988, Massey signed for Kettering Town. 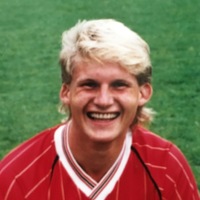 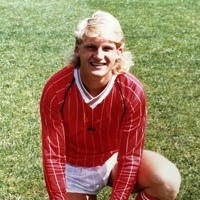 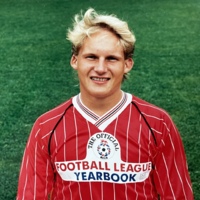 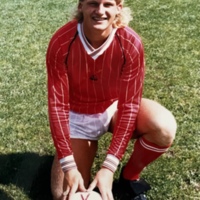 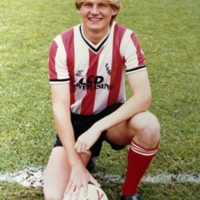 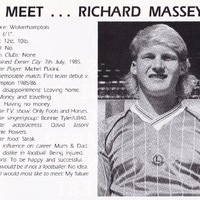 Defenders, Kettering Town, One of our own, Richard Massey, Selsdon