MacPherson started his career as a youth player with Rangers, but was unable to break in to the first team, and had to wait for his senior debut until moving to Exeter City on loan in March 1990.

He played his part in the Fourth Division Championship winning squad and although the Grecians wanted to sign him permanently, the fee was too high.

Leaving Rangers, he moved to Kilmarnock in the summer of 1990 which was to be the start of an eleven year stay. During that time he played 354 Scottish League matches, scoring 15 goals.

He was in the side that won the Scottish Cup with a 1-0 win over Falkirk at Ibrox Stadium.

In 2001 he moved to Dunfermline Athletic, where he stayed for two seasons, playing in 39 league matches. His next move took him to St Mirren in 2003 as player assistant manager, adding another nine league games.

MacPherson was then appointed as player/manager in December 2003. In 2005-06 he guided St Mirren back to the Scottish Premier League having finished top of the First Division. He also guided the team to a 2–1 win in the Scottish League Challenge Cup final against Hamilton Academical. In 2009 he guided them to the semi-finals of the Scottish Cup.

McPherson parted company with St Mirren in May 2010, but not before he had become, at the time, the 3rd longest serving manager in Scottish Football and the 2nd longest serving manager in the SPL.
He was appointed manager of Queen of the South in June 2011. After 42 games in charge he left Queen of the South in 2012 and joined Queens Park in 2014 where he stayed until 2018. Taking the reins for 170 games.

He re-joined St Mirren in the autumn of 2018 as technical director.
He was manag 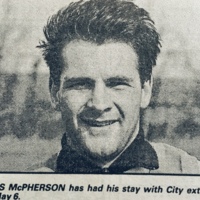 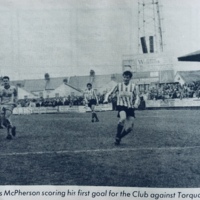 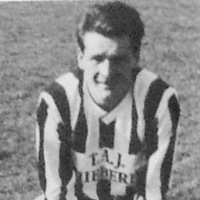