One of several players who have had two playing spells at Exeter City, McNichol started his career as an apprentice with Ipswich Town.

He joined Luton Town in July 1976, where he made his Football League debut and went on to feature in 15 matches.

He then moved to Brentford in October 1978 where he was a big success making 155 league outings and scoring 22 goals. McNichol also won 7 caps for the Scotland Under-21 side.

Exeter City signed the defender in July 1984 and he made his debut against Northampton Town on the opening day of the season.

A short move took him to Torquay United July 1986, where he stayed for three seasons, adding 13 goals and 124 league appearances.

He will be remembered for being bitten by a police dog at the end of a vital relegation match at Plainmoor and in the time added on for the stoppage, Torquay scored and thus avoided the drop.

McNichol made a move back to Exeter for a second spell at the club in August 1989 and played his part in the Grecians’ Fourth Division Championship winning squad of 1990.

Rejoining Torquay United in July 1991, he was to make just two more league appearances before retiring from playing in October 1991, however he was then appointed assistant manager at Torrington the same month, whilst concentrating on being Landlord of the Exeter Inn at Ashburton.

McNichol had a testimonial match in May 1992 when Exeter City hosted West Ham United at St James’ Park. 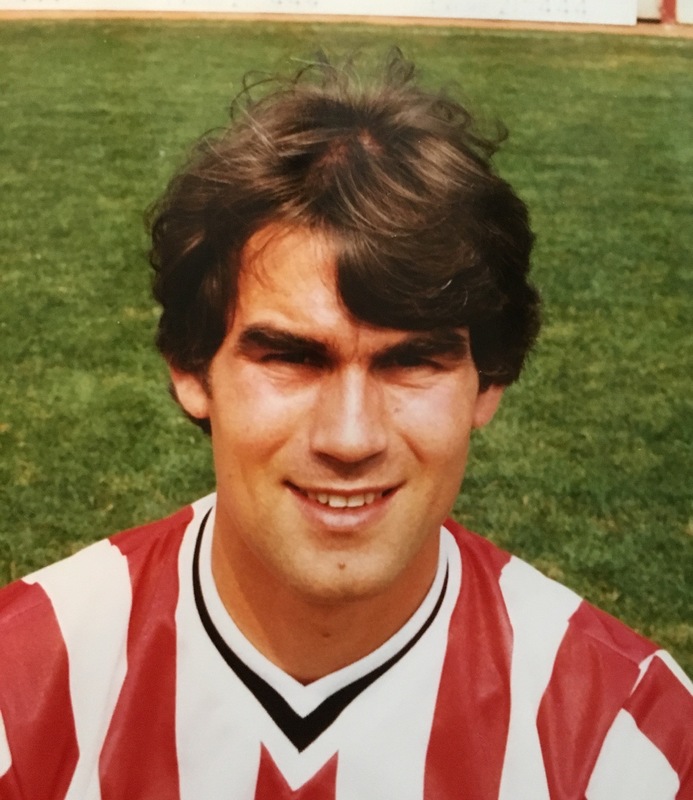