George McLean made a sensational start to his Exeter City career, netting three goals in his first two matches, both of which were won 4-0, his debut being against Oldham Athletic in August 1965.

His first professional club was Glasgow Rangers, where he made 7 appearances and scored 3 goals.

In March 22nd 1962 signed for Norwich City. However, he didn’t get a first team game, but all that changed as he linked up with Grimsby Town in September 1962. He appeared in 91 league matches for the Mariners and scored 41 goals.

He was transferred for £4,000 to Exeter City in June 1965. He started well, but by the following season had asked for a transfer so he could go back north. He had a trial match with Barnsley in November 1966, and also turned down an offer from Yeovil Town the following month. His wish was granted when he signed for Workington in January 1967, where he scored 15 goals in 53 league starts.

McLean then signed for Cumbrian neighbours, Barrow, in June 1968, and in one season with the Holker Street club, made 27 league outings, scoring nine goals. Released on a free transfer, he then signed for Boston United. After leaving Boston United he joined Brigg Town in Aug 1971 and spent 1972/73 playing for Cleethorpes Town.

After retiring from playing he lived in Cleethorpes and worked for Volvo at Immingham. 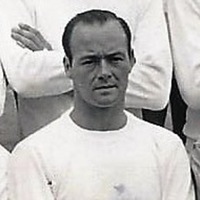 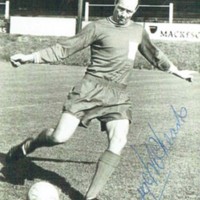 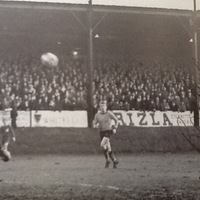 After leaving Boston United he joined Brigg Town in Aug 1971 and spent 1972/73 playing for Cleethorpes Town.

Of the 5 photos above, pictures 2 and 3 are of a different George McLean.

The George McLean who went on to play for Exeter, did actually make 7 appearances for Rangers, and scored 3 goals, before being sold to Norwich on March 22nd 1962.

Both Forrest (145 Goals in 163 games), and George McLean who had scored an incredible 55 Goals in his last 55 games, never played for Rangers again!

Thank you so much for the information, checked and changed.