He began his senior career in 1984 with Distillery, and then signed for Glasgow Celtic in 1986 where he made 12 league appearances.

A Northern Ireland international goalkeeper, McKnight won ten full caps for his country between 1987 and 1989.

He spent most of 1986-87 season on loan with Albion Rovers where he played in 36 Scottish League fixtures. He joined West Ham United in the summer of 1988 where he added a further 23 league outings.

McKnight had a short spell in 1991 with Airdrieonians, then both Stockport County (no appearances) and Rotherham United (3 league appearances), before signing for Walsall in November 1991.

Playing in 8 league matches for the Saddlers, McKnight signed for South China FC in 1992 and he stayed there until returning to England and Exeter City in March 1994.

His debut for the Grecians was in a 1-1 draw with Brighton and Hove Albion at St James’ Park. He stayed until the end of the season, then being released and joining Collier Row FC for the 1994-95 season. 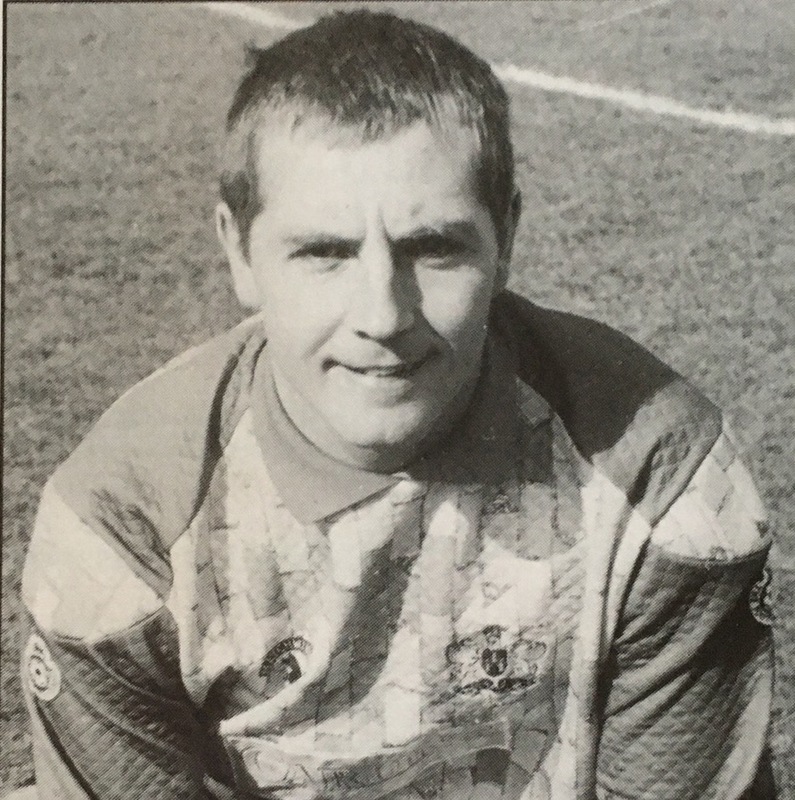