Jamie Mackie began his career at Leatherhead, joining Wimbledon as a trainee in 2003. He played 13 league matches for them, then moving along with the club to play for Milton Keynes Dons, where he added a further three league outings.

He signed for Exeter City on a free transfer in the summer of 2005, and following a brief spell on-loan at Sutton United in his first season, where he scored twice in five matches, Jamie went on to become an established first-team player, thus alerting other clubs of his potential. After handing in a transfer request, he signed for Plymouth Argyle, having fought off competition from Bristol City, Norwich City, Bristol Rovers and Cheltenham Town, for an initial fee of £145,000. In his very first appearance for Plymouth Argyle on 12 February 2008, coming on as a substitute against Barnsley, Jamie scored within eleven seconds of his arrival on the pitch. After 98 league outings for Argyle, scoring 16 goals, he signed a four–year contract with Queen's Park Rangers for a fee of £400,000, 20 per cent of which was due to Exeter City as part of the deal that originally took him to Home Park for £145,000 in January 2008.

Jamie won his first cap for Scotland in 2010, he eventually played 9 times scoring twice for his country. On 16 May 2012, He penned a one-year contract extension. On 25 July 2013, Jamie signed a three-year contract with Nottingham Forest for a reported fee of around £1 million. On 8 August 2014, he signed for Reading on loan for the 2014–15 season. On 16 June 2015 Jamie returned for a second spell at Queens Park Rangers signing a two-year deal after being released by Nottingham Forest. At the end of the 2017–18 season his contract expired and on the 18 July 2018, Oxford United announced that he had signed a two-year contract. He played over 50 games for Oxford before retiring from professional football in 2020. 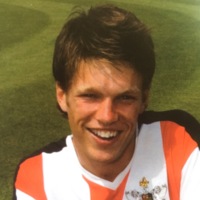 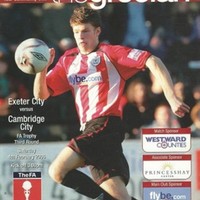