McIntyre was a ball boy at Dumbarton at the age of 8, and watched from the sidelines as they clinched promotion to the top flight in 1984.

He was a ball boy for three seasons and lived in Dumbarton until the age of 20.

McIntyre began his senior career in England, after having unsuccessful trials with Hearts and Dundee United, and serving a three-year joinery apprenticeship, signing for Bristol City in 1O October 1991 from junior side, Duntocher Boys Club.

He only played one league match for the Ashton Gate club, and was then loaned to Exeter City in February 1993.

His first game for the Grecians in a 2-2 draw at St James’ Park against Stockport County, and McIntyre scored one of the goals.

After returning to Bristol City at the end of his loan spell, he then signed for Airdrieonians where he scored ten goals in 54 Scottish League appearances.

In March 1996 he joined Kilmarnock and went on to be part of the Killie side that won the Scottish Cup in 1997.

After scoring nine goals in 46 league outings, McIntyre was transferred to Reading for a fee of £440,000, and the following month appeared for Scotland in a 'B' international against Norway.

With his contract at an end at Reading and after 97 league outings and 14 goals, he was released on a free transfer to sign for Dundee United in the summer of 2001. He was to remain there for five years, scoring 35 goals in 141 league games.

In July 2006, McIntyre signed for Dunfermline after negotiating a termination of his United contract.

He scored a decisive penalty kick against Hibernian at Hampden Park in a Tennents Scottish Cup Semi Final replay allowing Dunfermline to progress to the Final with a 1-0 Victory.

In December 2007, McIntyre was appointed caretaker head-coach at Dunfermline and then manager in January 2008.

Named Scottish League Division One manager of the year in 2011, he guided Dunfermline to a place in the Premier League.

He left the club in March 2012 and a month later was appointed first team coach at one of his former clubs, Bristol City. McIntyre left Bristol City on 25 January 2013 by mutual consent.

He was appointed Queen of the South manager on 27 June 2013.

On 9 September 2014, McIntyre was appointed as manager of Scottish Premiership club Ross County. His assistant Billy Dodds and Jim were sacked by County in September 2017.

He was appointed manager of Premiership club Dundee on 17 October 2018. 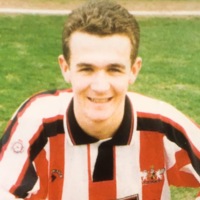 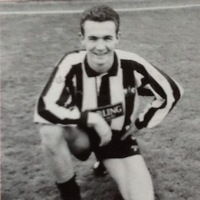 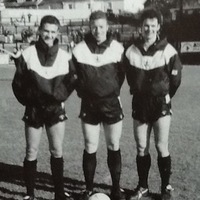 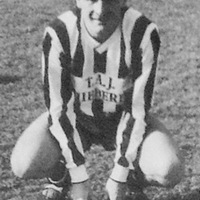