McCambridge played for Larne United and Larne Olympic before signing for Irish League side Ballymena where he went on to gain international honours, his first cap for Ireland, a 7-0 win against Wales in Belfast in February 1930. This followed his goal in the Irish Cup Final which proved to be the winner.

Within three weeks of his second international outing, against Scotland in Glasgow, McCambridge was transferred from Ballymena to Everton for a fee of £1,800 in March 1930.

Further international honours followed, but he only made one league appearance for the Goodison Park club. In order to gain regular first team football he signed for Cardiff City in January 1931, where he went on to net 50 goals in 96 league outings, including scoring two goals on his debut in a 3-2 defeat against West Bromwich Albion.

He then joined Bristol Rovers in May 1933 adding 23 goals in 58 league starts. He moved to Exeter City in September 1935 and made his debut for the club in a 2-1 defeat at Torquay United.

In his one season stay at St James’ Park, he scored 14 goals in 23 appearances to become the Grecians’ top scorer.

Moving on to Sheffield Wednesday for the 1936-37 season, he only managed two further league appearances, then moving to Hartlepool United scoring four goals in 16 starts. His final club was Cheltenham Town in 1937-38. 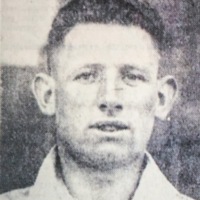 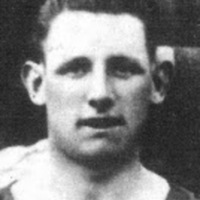 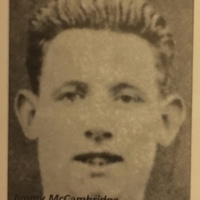