Lovell started his career as a trainee with AFC Bournemouth, gaining a full contract in July 1999. He went on to play in 8 league matches for the Cherries, but then a £25,000 fee took him to south coast rivals, Portsmouth in August 1999.

Used mainly as a substitute, 19 of Lovell’s 32 league outings for Pompey came from the bench, as he also scored three goals.

He was loaned to Exeter City in March 2000, scoring on his debut in a 1-0 home win over Halifax Town.

Although he was to play in four further matches for the Grecians, he didn’t add to his goal tally and eventually returned to Portsmouth.

Lovell also had a loan spell at Sheffield United in March 2002, scoring once in five appearances.

He then signed for Dundee in the summer of 2002 and spent three seasons at Dens Park, scoring 35 goals in 98 competitive appearances.

He moved to Aberdeen in the summer of 2005, and enjoyed a further three seasons with the Dons.

In August 2008, Lovell signed for Falkirk, but was released by them in May 2009 and then returned to A.F.C. Bournemouth for a second spell at the club.

He announced his retirement as a player in September 2011, due to persistent problems with an ankle injury. 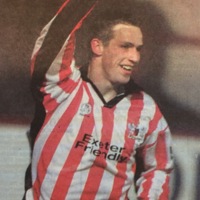 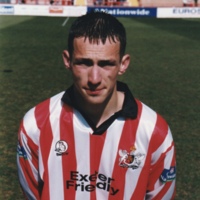 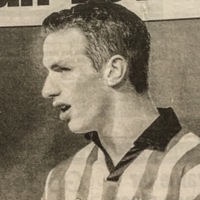 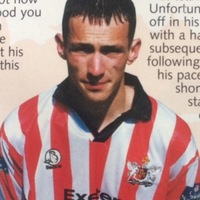