Simeon Jackson scored his seventh and eighth goals of the season as his fine form helped the Gills to a convincing win against the Grecians. Jackson had his first goal of the game after just five minutes.

Barry Fuller was hacked down inside the penalty area by Marcus Stewart, and the referee had no choice but to point to the spot.

Jackson stepped up and saw his penalty hit the inside of the post before rolling over the line and into the side netting on the other side of the goal.

The striker scored his second of the game just moments into the second half. He managed to take advantage of a poor header back to Oscar Jansson and looped the ball over the oncoming goalkeeper. Luke Rooney capped off a fine afternoon in the 76th minute as his first-time curling effort from inside the box found the top corner.

The Gills took the lead when Marcus Stewart fouled Barry Fuller in the area and Jackson's penalty strike hit the right hand post before creeping in.

Jackson scored his second straight after the break, delicately chipping in from six yards out.

Luke Rooney added the third after John Nutter was given space to cross and the midfielder hit home from 10 yards.

Gillingham. Oh dear. I'd love to leave it at that but perhaps writing about it will serve as some sort of cathartic experience. Up until kick-off everything had been going so well. The journey up flew by and unlike our last visit we managed to arrive without going via Hampton Court Palace. The sun was shining which was good as the Gillingham away end is a large piece of uncovered scaffolding with seats attached. We were positioned in the upper tier metres away from the pitch, where without the roof, it was impossible to make a noise loud enough to reach the players. The reason for our spatial exclusion? Apparently, should we be placed in the lower tier we would invade the pitch! I asked what happens with large away crowds. The steward said, citing Millwall as the example, that they would be allowed to sit there. It was an interesting logic that would later prove almost as baffling as our performance.

In the ground I presented Marge with a new black and white hat to match the new black away kit. To say was happy would be an understatement! We were heartened to see Paul Jones walking around the end without crutches, although obviously she away disappointed to be without him. Much conversation was focussed on predicting his replacement -Marriott or new loan signing Oscar Jansson. The general consensus was that it would be Oscar (or Casper as my Mum insists calling him!) and sure enough this was confirmed as the line-ups were announced.

What I didn't mention about the first half was just how poorly City (with the exception of the superb Jansson) were playing. Unfortunately this got a lot worse just seconds into the second half. Before the City dugout had had a chance to sit down City were 2-0 down thanks to a simply shocking header back across the box from Richard Duffy. The game went rapidly downhill as City continued to suffer a number of technical difficulties. As chaos reigned supreme amongst the City team, misery swept the away end. Marge considered throwing a bottle to get chucked out whilst I near enough gave up watching. Gillingham were all over us to the extent that it was just too embarrassing to watch. You'd think that the third goal would have sent us all to the back of the stand to jump from it. Far from it. Instead, a party atmosphere swept the away end predicated on a much more fan-friendly imaginary version of the fixture. In this game City staged a stunning comeback to win 5-3, with each goal receiving a rousing celebration much to the bemusement of the stewards and Police. To commemorate this 'comeback' a chant (edited!) of "3 nil and you messed it up" rung out, although at the time I joined in thinking it was directed at City! Things then took a retro turn with rousing renditions of Sean Devine and Steve Flack related songs. The party was finished with a conga along the top of the stand, a brave act given the innate wobble' that the stand has. The final whistle was met with a sense of relief that our ordeal was over and we rushed to the exits. Walking back to the bus I was impressed with the Gillingham fans who didn't feel the need to 'comment' on their victory. Having witnessed our team performance they no doubt felt that the travelling City fans had been punished enough for one day. 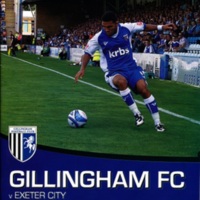 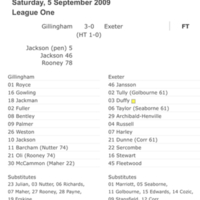 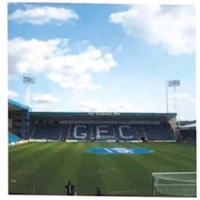